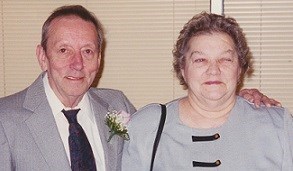 Mary Elaine Bernier, 82, passed away following a brief illness on Tuesday, May 9th, 2017 in Manchester, NH. Born on October 17th, 1934 in Nashua, NH, she was the daughter of the late George Winslow and Lena (Noel) Winslow.

Mary a lifelong resident of Nashua was a telephone operator for Sanders Associates. After retiring she became a member of the Senior Citizens Club of Nashua and Hudson. Also a proud graduate of the Senior Police Academy. She was a member of St. Patrick Church and a graduate of Mount St. Mary Seminary of Nashua. She enjoyed many things but had a love for scrapbooking, bingo, and card playing.

In Memory Of Mary Elaine Bernier