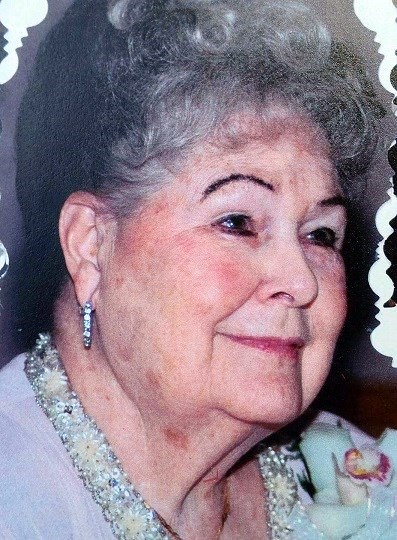 Shirley Elliott, 89, went home to her Lord peacefully at the Community Hospice House in Merrimack NH on Wednesday, October 26, 2016. Born April 30, 1927, daughter of the late Amedee and Mary Louise Canton, Shirley was the Nashua Telegraph’s Mother of the Year in 1965, and most notably a loving soul for all of her days to those who were blessed to know her. Her smile and kind word, both easily and often given to everyone around her, were sincere and infectious. Only after her love for her Lord and babies was Shirley’s love to travel and see all of God’s creation. At last count, she had visited 38 countries and almost all of the States within the United States, graciously sharing her many wonderful memories with all. When her traveling slowed Shirley created almost a hundred large needlepoints which she gave to her family and friends.

Shirley is predeceased by her beloved husband, Lawrence Elliott as well as her son, John Elliott, her eighteen brothers and sisters, and many nieces and nephews.

Calling Hours will be held at Zis-Sweeney Funeral Home, 26 Kinsley St, Nashua, NH 03060 on Tuesday November 1st from 2PM to 4PM and from 7PM to 9PM. Shirley was a member of the Parish of the Resurrection, 449 Broad St. Nashua, NH where a memorial mass will be held on Wednesday November 2nd at 11:00AM Shirley will be laid to rest at St Patrick Cemetery, 102 Derry St, Hudson, NH on November 2nd following the Funeral.

In Memory Of Shirley A Elliott