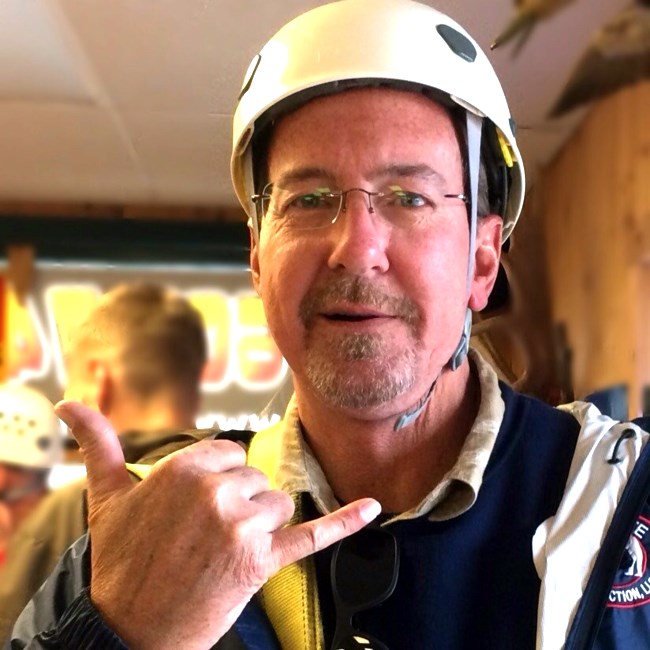 Steven James Hingst departed this life suddenly on August 5, 2017. Steve was born on January 5, 1960 to Jean Helen Hingst (Delaney) and James Dwight Hingst in Portland, Maine. Steve was preceded in death by his parents and nephew, John. He is survived and dearly missed by a daughter, son-in-law, granddaughter, 2 brothers, 4 sisters, 10 nephews, 7 nieces, 3 grand-nephews, 2 grand-nieces, and countless life-long friends whose admiration he easily earned. Steve’s family settled in the Nashua, New Hampshire area, where Steve was a graduate of Nashua High in 1979. He worked briefly at the Greenbrier Nursing home, where he was famous for his ridiculous excuses to call out of work, before joining the U.S. Navy in 1980. Steve traveled to all corners of the earth aboard the U.S.S. John F. Kennedy Air Craft Carrier where he acquired many colorful tales such as contracting malaria in Africa, and being trapped under a felled wall in Germany. While perhaps not always rooted in truth, the stories were a delight to all those he shared them with.

In 1984, Steve relocated to the Naval Air Station in Lemoore, California, where he worked as an Air Traffic Controller. In the same year, Steve was married to his high school sweet-heart, wherein he gained a daughter whom he graciously raised as his own. After being honorably discharged from the Navy in 1987, Steve and his family relocated to Fresno, California, where he worked and developed incredible talent as a Carpenter. Steve was divorced in 1991, but remained in Fresno and remained a pillar of his daughter’s life. He relocated again in 1994 to Hampstead, New Hampshire to be closer to family and his mother during her hard-fought battle with cancer. He began working independently as a contractor, designing and building beautiful projects that always impressed.

In 2003, he was deeply affected by his mother’s passing. Steve sank into some very dark places. With the support of his family, Harbor Homes, and the Department of Veterans Affairs, Steve began to grasp life anew. He addressed his physical, mental, and emotional health. He made healthier choices and began working at Tri-State Fire Protection. This employment provided a constant in his later years.

Steve was proud to have received the company’s ‘Rising Star’ award in 2014. He quickly progressed from part time entry-level work to full time technical repair and installation in the field. His position as a Fire Alarm Apprentice was a source of great pride for him. He was a joy to work with and made great friendships with many of his coworkers.

In Memory Of Steven Hingst