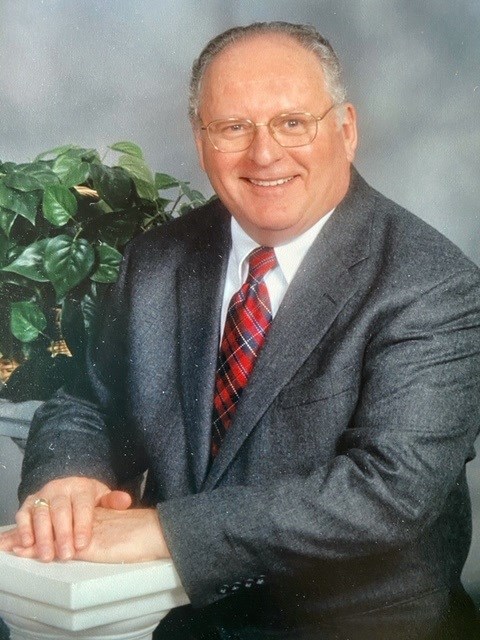 Delbert Murray Crocker, age 81, of Nashville, IN passed away Thursday (09/03/2020) at Our Hospice of South-Central Indiana in Columbus, IN. Born May 4, 1939 in Freeport, Nova Scotia, he was the son of Egbert and Evelyn (Finigan) Crocker. Delbert was a strong believer in education. He received his Bachelors of Business Degree at Acadia University in Wolfville, NS, he studied Real Estate and Law at St. Mary’s University in Halifax, NS, and studied Non-profit Organizational Management at the University of Wisconsin. Prior to moving to the United States, Delbert worked for the Bank of Nova Scotia in Halifax and Eastern Canada Savings and Loan of Halifax. He then accepted a position with Church Extension in Indianapolis, IN. In his early years with Church Extension he led the staff in converting to a computer system to handle loans and investments. This early work was the “springboard” for Church Extension thus launching Discipeldata, Inc. where he became the Chief Executive Officer and was eventually named President of Discipeldata, Inc in 1974. He retired on January 31, 2005. After moving to Indianapolis in 1967 he was an active member in a few Indianapolis church congregations. He was a lead member of the chancel choirs in all the churches he attended, attesting to the fact that music played an important role in his life. In 2002, he became a member of the historic downtown Central Christian Church in Indianapolis and remained a member until his death. He worked in the free clothing ministry there as well as worked faithfully on building maintenance, and gladly accepted various leadership positions in the church. In addition, he was active in the Indianapolis community. Delbert served as president of the Indianapolis YMCA (Eastside Branch) and as a board member of the Indianapolis NBA facility -Robin Run Village. He and his wife, Phyllis, built their retirement home in Nashville, IN in 2006. While living in Nashville, Delbert continued to be active in his community serving on the board as treasurer of the Brown County Habitat for Humanity, he was very active with the Brown County Lions Club as well as the Brown County Woodworkers Club. He is survived by his wife, Phyllis Inman Crocker of Nashville, IN, his stepdaughter, Jennifer Labesky and son-in-law Michael Labesky of Snow Hill, MD, his stepdaughter Kimberly Spencer of Nashville, IN and grandchildren, Sage and Eli Labesky and Lilian Spencer. A Celebration of Life is currently being planned for friends in Nashville, IN. A Celebration of Life will be held September 27th at 3:00pm via Zoom for members of Central Christian Church, Indianapolis. Memorial contributions may be given to the Brown County Humane Society, Habitat for Humanity of Brown County or to the Brown County Lions Club. Bond-Mitchell Funeral Home in Nashville is in charge of arrangements. Online condolences may be given at www.BondMitchellFuneralHome.com
See more See Less

In Memory Of Delbert Murray Crocker