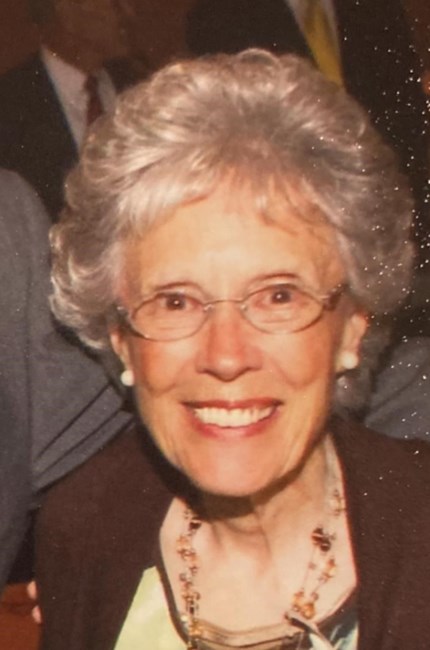 Constance Hamilton Derrick SEPTEMBER 21, 1927 – MAY 6, 2022 Constance (“Connie”) Derrick was born in Orlando, Florida to Ada Mary Wagner and Basil Denny Hamilton on September 21, 1927. She spent the early years of her childhood living in Toronto. Connie and her family became Catholic after being cared for by Sisters of St. Joseph in Toronto and becoming friends with a devoted priest “Father Doyle”. Connie often spoke to others fondly of these friends and how grateful she was for their influence and the gift of her Faith. She moved to Orlando, Florida where she graduated from Saint James High School. When in her early twenties, she moved to Nashville with her mother and two sisters. She joined the Catholic Youth Organization where she met friends who introduced her to the love of her life, “Billy Boy” Derrick. They fell in love after a few dates, and then Billy was enlisted in the army during the Korean War. They kept in contact when Billy was in the service. After he returned they were married on September 12, 1954 at Saint Mary’s Catholic Church in Nashville. Their first home was in Nashville on Murphy Road. After Billy completed his education at Peabody College the couple moved to Cullman, Alabama where their first two children were born. Later, Billy relocated his small family back to Nashville where the family grew to include six more children. Connie is known for her dedication to her husband and children, always moving wherever her husband’s career led them, giving her full support. She was a Christian example to all she met through her gentle and loving spirit. During the late 1970’s and 1980’s she was a secretary at Catholic Charities and her generous spirit blossomed. Through her contacts at work she and Billy shared their home with others, including foster children and Kurdish refugees, who remained friends of the family for many years. She was married for 64 years to Billy and took care of him when he became ill. Connie continued to live in Nashville at her daughter’s home after Billy died in May 2018. She enjoyed receiving visitors from friends and family and always offered encouragement to others up to the end of her life. She will be deeply missed by her children, many relatives, and friends. She had eight children, forty-seven grandchildren, and 69 great-grandchildren. She is survived by her children Mary Ray, Ann (Clarence) Strode, Tookie (Theresa) (Sam) Andrews, Margaret (Frank) Simpson, John (Kim) Derrick, Ruthie (Scott) Glover, and daughter-in-law Janie Derrick. She was preceded in death by her parents, two sisters, Christina Worden and Sister Marie Vianney Hamilton, and two children, Matt Derrick and Joanie Conrad. Connie also leaves beloved sisters-in-law and brothers-in-law, Jim and Linda Derrick, Mike and Betsy Derrick, Bob and Sue Ann Derrick and many nieces and nephews. The family is grateful to St. Henry Church Ministry to the Sick and Homebound, for the kindness and countless visits and to Adoration Hospice for their compassionate care and support. Pallbearers are her grandsons: Kris Ray, Aaron Andrews, Phillip Simpson, Luke Conrad, Scott Derrick, and John Glover. Visitation will be Wednesday May 11, from 6:00 p.m. to 8:00 p.m. at St. Henry Church. A Rosary will be recited at 7:30 p.m. The Funeral Mass will be Thursday May 12, at 1:00 p.m. with the interment at Harpeth Hills Cemetery following the Mass. In lieu of flowers please make a donation to the St. Cecilia Academy Tuition Assistance Fund or the Fr. Ryan Kevin Davis Memorial Scholarship Fund. Fond memories and expressions of sympathy may be shared at www.marshalldonnellycombs.com for the Derrick family.
See more See Less

In Memory Of Constance H. Derrick