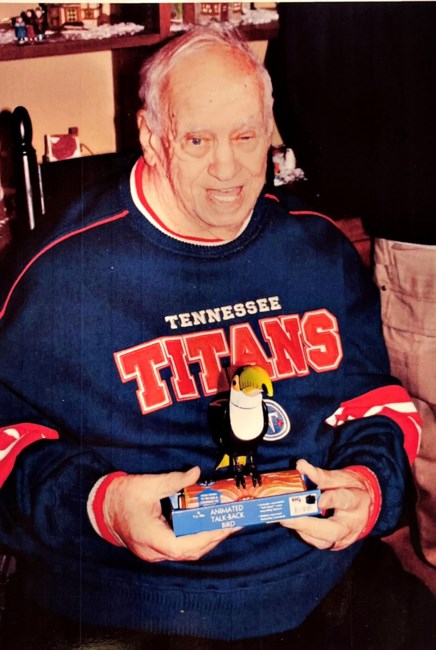 Edward Alan Coleman September 6, 1936 - January 16, 2023 Alan passed away peacefully Monday morning with his three children by his side. He was 86 years old. Alan was born in Nashville to R.A. Coleman and Anne Timothy Coleman. From 1st-8th grade, Alan attended Christ the King School and Church graduating from Father Ryan High School. He was on the golf team at Father Ryan with future U. S. Open champion, Lou Graham. Alan was a member of Christ the King church until moving his membership to St. Edward’s Catholic Church where Father Joe Pat Breen was the pastor and a classmate at Christ the King and Father Ryan. Alan developed a lifelong love of movies and worked as an usher and projectionist at Green Hills Theater while in high school. After graduating from Father Ryan, he worked as a projectionist at the local ABC affiliate (WSIX). In the early 1960’s he went to work with his father, R.A. Coleman for Coleman Realty. He worked as a contract manager building subdivisions in Huntsville, one being Fleming Meadows. During this time, he was a track photographer for the Huntsville Speedway shooting pictures of stock car racing. Alan married Basilia Zita Shapard July 8th, 1961, making Huntsville their home for several years. After his father’s death, Alan left the family business going to work at WHNT Channel 19 as a news photographer while also owning a local Barbecue restaurant. In 1971 the couple moved back to Nashville where Alan worked as a video journalist for WSM. He worked there for more than a decade and continued to work as needed well into the 1990’s after leaving to start his own company. While at WSM he opened Coleman Color Labs in his basement developing film and doing freelance video work. In the late 1980’s he formed Coleman Teleproductions, which he ran until he retired in 2015. “He was a sweet guy and early photojournalist who never lost his dedication to the news business,” said Demetria Kalodimos in a posting to fellow Channel 4 alumni. Alan never met a stranger. He was carefree, non-judgmental, enjoyed a good joke, and loved sharing stories of his News Channel 4 days. “He was such a good man and a good friend. He was such a joy to work with,” said colleague and friend Rudy Kalis. Alan had many interests and hobbies. He was an avid movie goer/watcher. He set up a home theater in his basement and always had the “latest and greatest” technology. Watching sports was his passion especially golf and football. He was a huge fan of any Tennessee team – pro or college. Disney World, Panama City Beach and Gatlinburg were his favorite vacation spots, where he took his family at least once a year in their Coachmen Camper. He loved a slot machine and his retirement found him in Tunica, MS once or twice a month. Alan had a huge, sweet tooth; he would light up when cake, cookies or candy were available, and an ice-cold Coca Cola was his drink of choice. He was preceded in death by his father, R.A. Coleman, mother, Anne Timothy Coleman, and sister Patricia Ann Coleman. He is survived by his wife of 62 years, Basilia Zita Coleman, daughter Zee Coleman Pendleton (Brad), son Edward Alan Coleman, Jr., son Timothy William Coleman, brother and sister-in-law Lori and Bill Shapard, nephew Tyler Shapard, granddaughters, Basilia (Lia) Pendleton Dameron (Dylan), Margaret Anne Betz (Ches), Mary Elizabeth (Bitsy) Pendleton, and great grandson James Dixon Dameron. Visitation will be Saturday, January 21, 10:00 AM – 12:00 PM with a memorial service to follow at St. Edward’s Catholic Church, 188 Thompson Lane, Nashville, TN 37211. In lieu of flowers the family asks that memorials be made to The Belcourt Theatre, Nashville’s Non-Profit Film Center. Fond memories and expressions of sympathy may be shared at www.marshalldonnellycombs.com for the Coleman family.
See more See Less