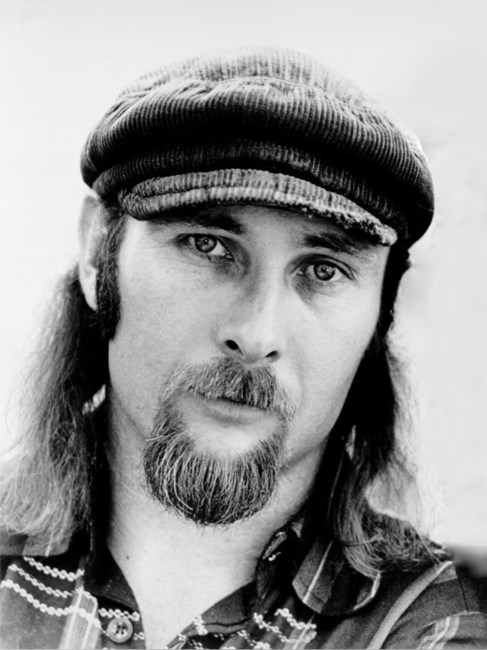 Jimmy Seals (Oct. 17, 1942 - June 6, 2022) – The goateed guitarist of the 70’s iconic rock duo Seals & Crofts, died Monday evening at the age of 79 surrounded by family at his home in Tennessee. The beloved singer/songwriter is survived by his wife of 51 years, Ruby Jean, children Joshua (Stacy), Sutherland (Andrea), and daughter Juliet Crossley (Adam), grandchildren Charles Seals and Emma and Elsie Crossley and siblings Eddie Ray Seals (Flo), Renee Staley (Greg), sister-in-law Andrea Seals (Dan), brother-in-law Alvin Hall (Pearl) and a host of nieces, nephews, and cousins. He is predeceased by his younger brother Dan Seals and parents Wayland Seals and Sue Taylor Byars. Born into the musical traditions of rural West Texas where families performed music together, Seals joined his singer/songwriter guitar-playing father Wayland and younger brother Dan on stage at barbecues, church picnics and ranch parties. When Seals was nine years old, both he and his father became state champions at the Texas Fiddlers Contest and Reunion. His father won first place in the guitar division and Seals’ self-taught fiddling skills earned him the fiddling championship in all three age categories (kids, adults, and seniors). Three years later in 1955, influenced by his sax-playing half-brother Eddie Ray, Seals asked his dad for a saxophone, and again taught himself to play a new instrument. Soon the talented teen, joined Texas band, The Crew Cats, which later hired Seals’ future duo partner Dash Crofts as the band’s permanent drummer. Seals and Crofts toured with The Crew Cats and became fast friends sharing their musical dreams. The band’s manager Slim Willet set the stage for their rise to stardom, landing them a touring gig with The Champs whose sax-infused “Tequila” had hit #1 on the Billboard charts. Seals and Crofts moved to Los Angeles after The Champs’ tour where their rock-star dreams came true. By the late sixties, the duo had formed the musical group Seals & Crofts managed by Marcia Day. It was at her home where they were first introduced to the Baháʼí Faith, and where Seals met the love of his life Ruby Jean Anderson. The two were married on January 17, 1971. As Seals & Crofts’ career continued to move forward, their creativity became artfully influenced by their new-found Faith. Through metaphors and symbolism, Seals’ lyrics mirrored themes of unity, love, and spiritual purpose. He learned to play guitar and Dash learned the mandolin as they developed the unique acoustic soft-rock melodies that garnered the duo Grammy nominations, nine platinum and gold records, and numerous other awards. Their stream of unforgettable hits began with “Summer Breeze” released in 1972, and continued with “Hummingbird,” “We May Never Pass This Way Again,” ”Diamond Girl” and a catalog of others. In 1980, after more than a decade of constant touring, songwriting, and performing, the duo took a hiatus to serve the Baháʼí Faith abroad and immersed themselves in local community activities. Crofts and his family moved to Australia and Seals and his young family relocated to Costa Rica where they lived for more than 25 years. In 1992, the duo briefly reunited to record and tour. In 2005, when Seals and his family moved back to the United States, he fulfilled a lifetime dream of collaborating with his younger brother country music artist Dan Seals, and they toured internationally with their sons, Joshua, Sutherland, and Jesse. Additionally, he pursued the varied interests he had cultivated over the years including fly fishing, golfing, and oil painting. Seals enjoyed his life in Nashville surrounded by his loved ones. Today you can still hear Seals & Crofts’ memorable lyrics and harmonies wafting through our lives in movies, on tv and radio, streaming on digital media, at grocery stores and airports around the world. Listeners are still uplifted by their beautiful and inspiring music. A Celebration of Life will be held at three o’clock in the afternoon on Sunday, June 12, 2022 at the Nashville Baha’i Centre, 1556 Bell Road, Nashville, TN 37211. Gathering of family and friends will be prior to the service from two o’clock until service time. The Seals family is grateful for the many expressions of love and support they continue to receive from around the world. Fond memories and expressions of sympathy may be shared at www.Woodlawn-Roesch-PattonFH.com for the Seals family.
See more See Less

In Memory Of Jimmy Eugene Seals