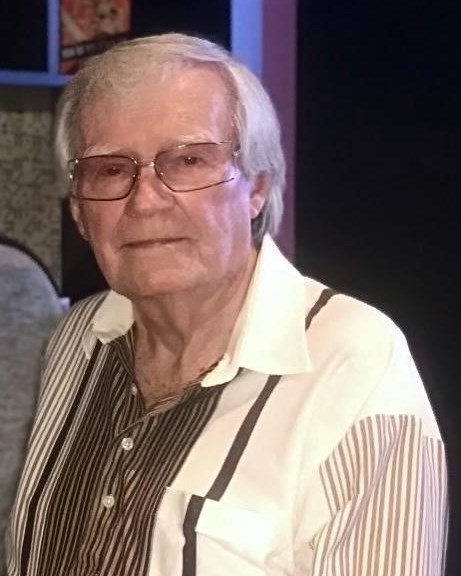 John Robert Morris, 87, of Nashville, Tennessee passed away at home surrounded by loved ones on Friday, January 21, 2022. A celebration of life will be held in his honor, details pending. Johnny was born in Hayti, Missouri on January 3, 1935. He graduated from Puxico High School in Puxico, Missouri in 1953. Johnny served in the Army for four years, earning the title of Army Specialist due to his expertise in Morse Code. He was honorably discharged in July of 1961. Johnny’s list of professional accomplishments is extensive. Following his service, he became a prominent radio personality at KWOC in Southeast Missouri. Through the relationships he built during his radio career, Johnny decided to make one final career shift into music, and in 1975, he moved his family to Nashville. From there, he went on to enjoy five decades of success in the music industry, garnering countless awards (too many to mention) as a producer, songwriter, and publisher. However, if you were to ask him, his crowning life achievement was being a grandfather (aka Paw Paw). Nothing in the world meant more to him than each of his beloved grandchildren. From baseball games, to recitals, and everything in between, Paw Paw lived to watch his grandkids grow and flourish. Johnny is survived by his children Craig (Melanie) Morris, Scott (Michelle) Morris, Kim (Kenny) Gallas, Penny (Jim) Daddio, and Heather (Keith) Farris, grandchildren John Michael Morris, Cari Morris, Trey (Ashlee) Daddio, Jeffrey Daddio, Jordan Daddio, McKenna Morris, Delaney Morris, Morgan Farris, and a host of nephews, great nephews, and great nieces. Johnny was preceded in death by his wife, Jackie, of 64 years. In lieu of flowers, donations can be made to St. Jude Children’s Research Hospital. Fond memories and expressions of sympathy may be shared at www.Woodlawn-Roesch-PattonFH.com for the MORRIS family.
See more See Less

In Memory Of John R MORRIS