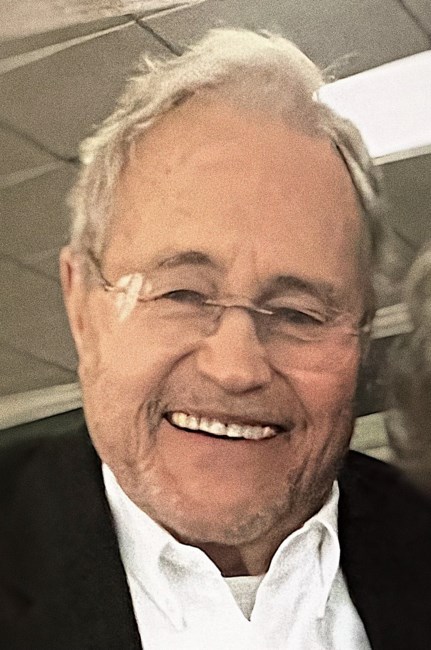 Ray Russell Fox, age 87, of Nashville, Tennessee passed away on Wednesday, August 3, 2022. Ray was Ray Russell Fox, 87 years, gained his ultimate reward on August 3, 2022. He was born on April 4, 1935 in Gainesboro, Tennessee, to the late, Homer and Anna Mae Fox. In addition to his parents, he was preceded in death by his younger twin brother. Ray was a man of inventions, service, loyalty, bluegrass, woodworking, farming, but above all, loving family. Ray was married to Greeta, his steadfast companion, nurse, wife, and friend for more than 58 years. Ray is survived by his loving wife Greeta, daughters, Julie Fletcher and Kathy Zehntner (Rick), and grandchildren Cole Fletcher, Leah Fletcher, Claire Zehntner and Carson Zehntner, niece, cousins, and sister-in-law. Ray was a humble, yet busy, young man. He attended Jackson County Central High School and earned a Bachelor of Science degree from Tennessee Polytechnic Institute, otherwise known as Tennessee Tech University, in Industrial Engineering. His career extended over years of engineering opportunities with NES, General Electric, and Aladdin Synergetics. Ray was active in many organizations throughout his life in a variety of ways: Who’s Who in American Colleges & Universities, Senior Class President at Tennessee Tech, active participant in Junior Achievement, Nashville Booster Club representative, and author of a variety of ancestral books. Ray’s greatest achievement was the Inventor and U.S. Patent Holder for the heat retentive server for induction heating which is used every day nationwide in hospitals and care centers for food transfer. His greatest honor was the marriage to Greeta for over 58 years. He reminded her frequently (if not daily) that he had married up. He often spoke of his pursuit of her in their courtship and making his moves to win her heart. It was in those early days she recognized his feisty spunk and determination that would be a pillar to their successful marriage. After retiring from Aladdin, his days were filled with woodworking, grandparenting, gardening and playing bluegrass music. Ray was an avid supporter of his grandchildren’s endeavors and one of their biggest encouragers. He loved the land, watching things grow and harvesting crops. He had the great desire to create and use his hands to make anything out of wood. His love of bluegrass and playing the fiddle were as much a constant companion as his wife Greeta. His favorite fiddle tunes to play were the Orange Blossom Special and Fox on the Run. In addition to all his pursuits, his motive behind everything he did was how he could serve. From serving those in prison, Inner City Ministry bus driver, the community Easter bunny, as well as being one of Santa’s many helpers in the waiting rooms at all Nashville hospitals on Christmas Eve, Ray loved to help others and bring joy to their life. He was humble, loving, and generous to people, especially those in need. Visitation will be held on Monday, August 8 from four until seven in the evening at The Church of Christ in Green Hills, 3805 Granny White Pike, Nashville, TN 37204. A Celebration of Life will be held at eleven o’clock in the morning on Tuesday, August 9 at The Church of Christ in Green Hills, with visitation one hour prior to the service. Family burial will be held immediately following. In lieu of flowers, donations can be made to African Christian Schools, Healing Hands International, Disaster Relief, or an organization of your choice. Ray wrote the following prior to his passing: On June 27, 1964, I was married to Greeta Carol Troxler who has been my steadfast companion, nurse, wife, and friend for more than 58 years. To us were born two daughters, Julia Fletcher and Kathy Zehntner. I have never forgotten the many friends I have met along the way. My life has been full. God has blessed me along the way with good health, many friends, good times, and a wonderful family. I was preceded in death by my father, mother, and twin brother. I am survived by my wife, Greeta, daughters Julia and Kathy (Rick), granddaughters Claire Zehntner and Leah Fletcher and grandsons Cole Fletcher and Carson Zehntner. I was a member of the Church of Christ and served as a deacon at each of the four congregations where I attended throughout my life. Fond memories and expressions of sympathy may be shared at www.Woodlawn-Roesch-PattonFH.com for the Fox family.
See more See Less

In Memory Of Ray Russell Fox