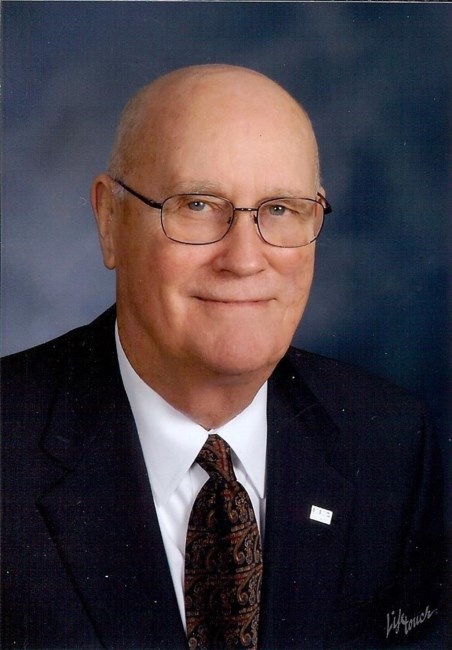 Terrell Don Hutto, age 86, passed away peacefully on Friday, October 22, 2021, holding his wife’s hand while surrounded by his loving family and his cherished music. Don, most recently a resident of Clarksville, Tennessee, and a former resident of Nashville, Tennessee, for over twenty years, was born in Sinton, Texas, on Saturday, June 8, 1935, to the late Terrell Sanford Hutto and Winnie Elvenia Custer Hutto. He is preceded in death by his beloved daughter Jennifer Marie Hutto Uphoff and his loving sister and brother-in-law, Flora June Hutto Jackson and Jerry Jones (JJ) Jackson. Don is survived by his loving wife of sixty-one years, Nancy Sue (Moore) Hutto; his daughters Rebecca Lynn (Cary) Billingsley, Robyn Suzanne Hutto Miller, and Shelley Anne (Andrew) Hughes; and son-in-law Ron Uphoff; grandchildren Miranda (Darin) Hagre, Mollie Uphoff, Jacob Uphoff, Joshua (Jessica) Uphoff, Madison Uphoff, Mallory Uphoff, Joseph Uphoff, Jonah Uphoff, Amber (Matt) Morris, Candace (Eric) Northrop, Sarah Bolton, Emily Neblett, Katie Armstrong, Jocelyn Hughes, Isabella Hughes, Nathan (Erin) Billingsley, and Taylor (Emilie) Billingsley; great grandchildren Caroline Uphoff-Tate, Arden Hagre, twins Lynkin and Lochlyn Uphoff, Mila Morris, Asher Morris, Atlas Northrop, Sadie Billingsley, Jack Billingsley, and Charlie Billingsley; and a host of nieces and nephews and many other extended family and loved ones. Don married Nancy Sue Moore in June of 1960, and after serving in the United States Army at the Pentagon and a brief career as a middle-school history teacher in Fairfax County, Virginia, he began a long and prestigious career in the corrections industry. He was warden of Ramsey Prison Farm in Brazoria County, Texas, before becoming Commissioner of Corrections for the state of Arkansas and later the Director of Corrections in Virginia. After leaving the Virginia Department of Corrections, Don, along with Thomas Beasley and Doctor Crantz, co-founded Corrections Corporation of America (CCA), now CoreCivic, in Nashville, Tennessee. He was a past president of the American Correctional Association (ACA) and, in 1987, received the E.R. Cass Correctional Achievement Award for outstanding contributions to the field of corrections. Don was instrumental in the development of national correctional standards which have brought consistency to corrections management practices. As put by a dear friend and colleague, he was “a legend in the corrections industry.” Don had a life-long love of music and enjoyed countless hours playing the guitar and singing with his family and friends. His bi-annual trip to Meadows of Dan, Virginia, in the Blue Ridge Mountains to play music with his cohorts and “partners in crime” were some of the greatest joys of his life. He also loved spending his summers in his Canadian home surrounded by his wife, children, and grandchildren, as well as his fun-loving group of Lake Opinicon family and friends. Don had many adventures traveling the world with his wife Nancy as they worked to build a CCA presence in countries such as England, France, and Australia, and the two enjoyed many vacations abroad with their wonderful group of ACA (American Correctional Association) friends. While Don had a wealth of accomplishments and a tenacious drive to succeed, the time he spent with his wife, daughters, and grandchildren was always at the center of his heart. It was his greatest joy, and his generosity to those he loved was beyond measure. His family--those closest to him, including a wealth of extended family and loving friends--is the truest testament to his life, a life well led. He will be deeply missed by his family and friends and all who knew him. Visitation with the family will be held from 11:00 a.m. to 2:00 p.m. on Wednesday, October 27, 2021, at Mount Olivet Funeral Home at 1101 Lebanon Pike, Nashville, Tennessee, followed by a funeral service at 2:00 p.m., officiated by Philip “Critter” Crider of Jacksonville, Florida. Burial will be in Mount Olivet Cemetery immediately following the service. A Celebration of Don’s Life will be held for family and friends in Clarksville, Tennessee, in the evening with details to be announced at a later time. In lieu of flowers, donations may be made to Camp Rainbow at P.O. Box 3522, Clarksville, TN 37043 (clarksvillecamprainbow.org) or to the Cystic Fibrosis Foundation, two organizations of which Don was an avid supporter. A gathering of famiy and friends for Terrell will be held Wednesday, October 27, 2021 from 11:00 AM to 2:00 PM at Mount Olivet Funeral Home & Cemetery, 1101 LEBANON PIKE, NASHVILLE, TN 37210, followed by a a celebration of life service at 2:00 PM. Terrell will be laid to rest in Mount Olivet Cemetery. Fond memories and expressions of sympathy may be shared at www.mountolivet.com for the Hutto family.
See more See Less

In Memory Of Terrell Don Hutto

Gathering of Famiy and Friends