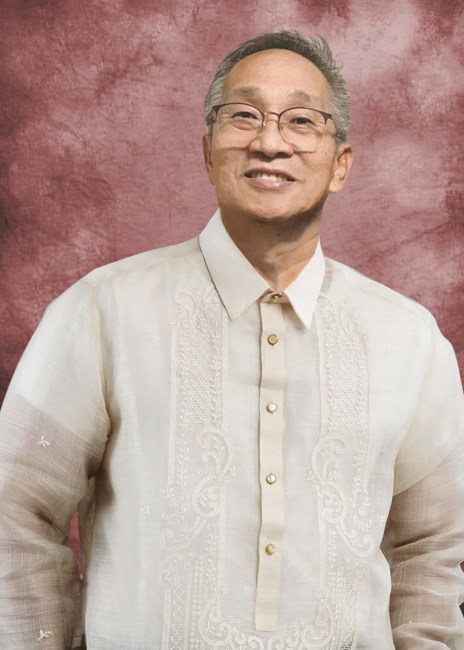 Alejandro Bella Bermudez, Andy or Andoy to his loved ones, peacefully entered into union with our Creator on Sunday, January 15, 2023 at the age of 70. He was born to Ignacio Bermudez and Neonila Bella on November 25, 1952, in Cabuyao, Laguna, Philippines. He was the devoted husband of Dolly, and dedicated father of Shirley, Michael, and Christopher (Boyet). He was also a thoughtful father-in-law of Eileen (Nikki), and loving grandfather of Clarissa, EJ, and Venice. Andy learned the importance of hard work and instilled the same work ethic to his children. Earlier in life, he contributed to the costs of his family’s daily expenses by earning extra money from selling pandasal, driving a passenger jeepney, and operating a tricycle. At the age of 22, he left his family and started a career as a merchant mariner abroad. He then eventually got married and started a family of his own. After 20 years of sea service, he moved to the United States, away from his wife and three children, in seeking a better life for them. He stayed with relatives, friends, and coworkers in several homes while saving money. With the support and help of his brother, he was hired as an automotive maintenance technician assistant. Subsequently, he acquired employment in a skilled nursing facility fulfilling the roles of a facility maintenance technician, housekeeper, security guard and kitchen helper. He also worked as a food server in a high school cafeteria. In addition, he provided assistive care to people with mental disabilities. He was the prime definition of jack of all trades. Even though he did almost everything, his greatest passions in life were music and cooking. He was a man of few words, very soft-spoken, family-oriented, and God-fearing. He treated people with kindness, respect, and humility. His contagious smile and witty asides made our families and friends’ gatherings come alive. He certainly had a significant impact on the lives of many. Andy, your presence brought joy to all who had the privilege of knowing you. You are now at peace but your memories will live on Forever In Our Hearts. We love you so much. Rest in peace.
See more See Less

In Memory Of Alejandro Bella Bermudez