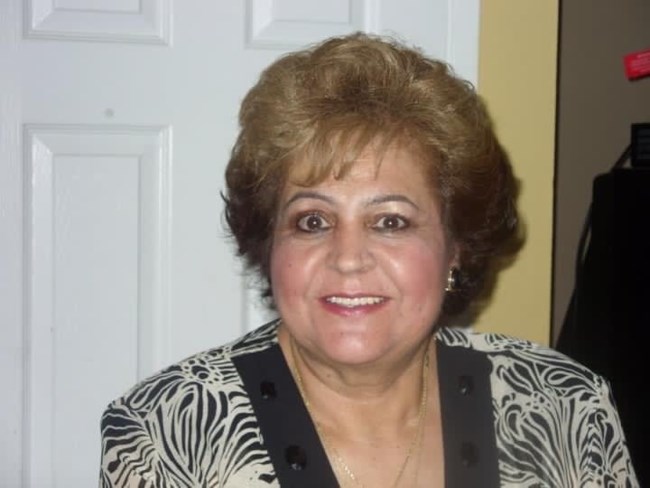 She passed away peacefully on July 21, 2022, at the age of 73 with her beloved husband of 56 years and family by her side. Mom was born to Guillermo and Maria Lucia Orozco on an overcast, cool Thursday in December in Ensenada, a port in the northern state of Baja California, Mexico. She was often heard saying “I'm from Baja California, northerner at heart, “Pura Cachanilla!” Mom was passionate! She fiercely loved her husband, children, grandchildren, and great-grandchildren. She met Dad, Humberto, in 1962, when his good looks caught her eye as he walked down the street. True to her nature, she quickly made up her mind and captured his heart. They married shortly thereafter in 1966 in Ensenada, Baja California. From this union came four beautiful daughters that reflect the personalities of both (Angelica Yvonne, Lucia Ivett, Brenda Alicia and Claudia Veronica), and in 2009, they legally adopted their four grandchildren (Ricardo, Luis, Daniel, and Lucy). While a second parenthood was daunting, for Mom it was an act of love. In 1970, when her oldest daughter became ill, Mom realized that the only way to give their young family an opportunity to prosper was to leave their homeland and create a new life in San Diego. She quickly convinced Dad that this was the best thing for the family. There was never a challenge that she did not confront head-on. She went to night school to learn English; obtained her GED, and became a licensed bookkeeper and tax preparer. In the mid-80’s, Mom opened H&L Business Services, and for nearly 40 years, she served as a counselor, advisor, and friend to thousands of clients in San Diego county. Mom’s church community at Christ the King Catholic Church was very important to her, and her faith brought her strength. Mom’s generosity, loyalty, and laughter endeared her to many friends and relatives throughout her church and her community. There wasn’t a person she didn’t encounter that was not affected by her. Whether it was someone who needed a job, someone that needed new tires, or whether it was picking up a piano for the church choir, Mom was able to “move mountains” by enlisting her husband and grandchildren. Literally moving a piano all the way across the county! During parties, she was quick to get up, even with her walker at times, and cut a rug on the dance floor. Mom loved to tell stories, a master storyteller was she; when she began to tell a story, you were quickly enthralled in the story and before you knew it, you were on the floor laughing. Mom was preceded in death by her grandmother, Nana Estefana Maldonado, who she loved and cherished with all of her heart; her parents, Guillermo and Maria Lucia, who shaped her life story. She will be lovingly remembered and honored by her husband, Humberto; four daughters (Angelica (Richard), Ivett (Al), Brenda (Tyrone), and Claudia); her grandchildren (Guillermo (Janelle), Ricky, Stephanie, Luis, Ritchie, Danny, and Lucy); her adopted grandchildren (Tiffany (Nick) and Marques (Gisela)); and most of all, by her great-grandchildren who brought her the greatest joy that God could grant (Leonardo, Audrina, Allyson and Helena), a sister and numerous relatives and friends. She also leaves Charlie and Precious, her loyal dogs.. “Those we love don’t go away. They walk beside us every day.. Unseen, unheard but always near. Still loved, still missed, and very dear” (Alan MacLane). As we celebrate Mom’s life and legacy, she will never go away. Her big heart continues to beat inside all of us. Wake/viewing on August 1st at 4:00 PM at Funeraria del Angel 607 National Blvd., National City, CA 91950 Funeral mass at Christ the King Church on August 2nd at 11:00 AM 29 - 32nd Street, San Diego, CA 92102
See more See Less

In Memory Of LUCIA O PALACIOS