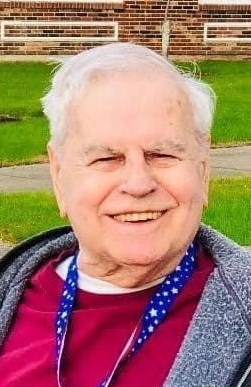 Wilfred “John” Dias, age 85, of New Bedford, passed away Thursday, January 19, 2023 at Hathaway Manor Nursing Home. He was the partner of the late Beth L. Jussaume. Born in Fall River, he was the son of the late Manuel and Mary Dias. He would go on to serve in the Navy on the USS Arcadia during the Vietnam War in the 1950’s. Later in life, he spent 20+ years as the owner of J&D Transportation Inc., a private contractor for the United States Postal Service hauling mail throughout Massachusetts and Rhode Island. He is survived by his four sons: Jeremy Dias of Fairhaven, Jonathan Dias of Mattapoisett, Peter and his wife, Cindy Dias, of East Freetown, and Thomas and his wife, Rachel Dias, of Fairhaven. His family would like to especially thank the caregivers and staff at Hathaway Manor Nursing Home as they became a part of Wilfred’s family the past four years since he has been at this facility. His visiting hours will be held on Saturday, January 28th, from 9:00AM-10:30AM at Rock Funeral Home, 1285 Ashley Boulevard, New Bedford, followed by a funeral Mass at Holy Name of the Sacred Heart of Jesus, 121 Mount Pleasant Street, New Bedford, at 11:00AM Burial will be private at Massachusetts National Cemetery.
See more See Less

In Memory Of Wilfred E. Dias