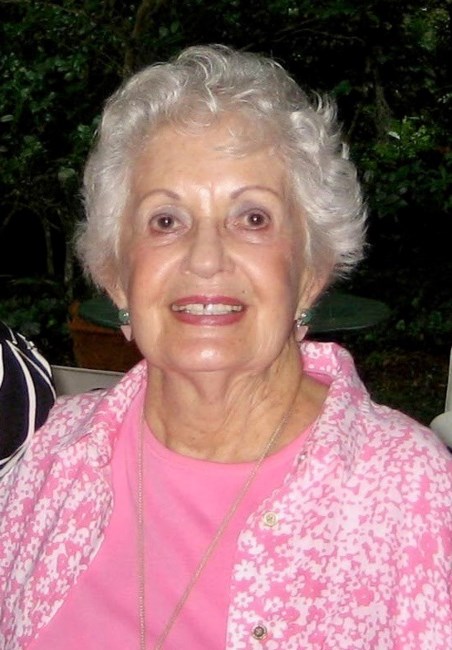 Elizabeth "Betty" Morrison Gryb, age 88, of Trent Woods, passed away on Sunday, January 22, 2023, with her family by her side. She was born February 10, 1934, to the late Robert and Gladys Morrison. “Betty,” as she was known to friends and family, is remembered as being the epitome of a southern lady. She was known for her fantastic cooking and intricately crafted desserts. Her creations were often enjoyed at the bridge club gatherings, where she spent many years with some of her closest friends. Betty was almost always accompanied by her beloved Yorkshire Terriers, from sailing the Neuse River to cross-country RV journeys with Charlie. Betty loved The Lord and dedicated years of her life to His service, especially at the Eastern Pregnancy Information Clinic. She was an active member of Garber Methodist Church. Betty is survived by her children, Charles H. Gryb, Jr. (Leigh), Elizabeth G. Antry (Arnold), Robert H. Gryb (Rene), Elise G. Clippinger (Mark); grandchildren, Charles Gryb III, Thomas Gryb (Ashley), Sarah Riggs (Michael), Rebecca Ray (David), Brooke Gryb, and Claudia Clippinger (Michael Pritchard); great-grandchildren, Easton Riggs, Anderson Riggs, Hunter Davis, and Caroline Davis; beloved pet, Boop; and many loving family members and close friends. Betty is preceded in death by her loving husband, Charles H. Gryb, Sr.; sister, Beverly M. Starling; and brother, Robert H. Morrison, III. A Graveside service will be held at 1:00 PM on Friday, January 27, 2023, at New Bern Memorial. Following the service, Betty will be laid to rest beside her husband. The family would like to thank Craven County Hospice for their kindness and loving care that was given to Betty over the past few months. Cotten Funeral Home is honored to serve the family and friends of Elizabeth "Betty" Morrison Gryb.
See more See Less