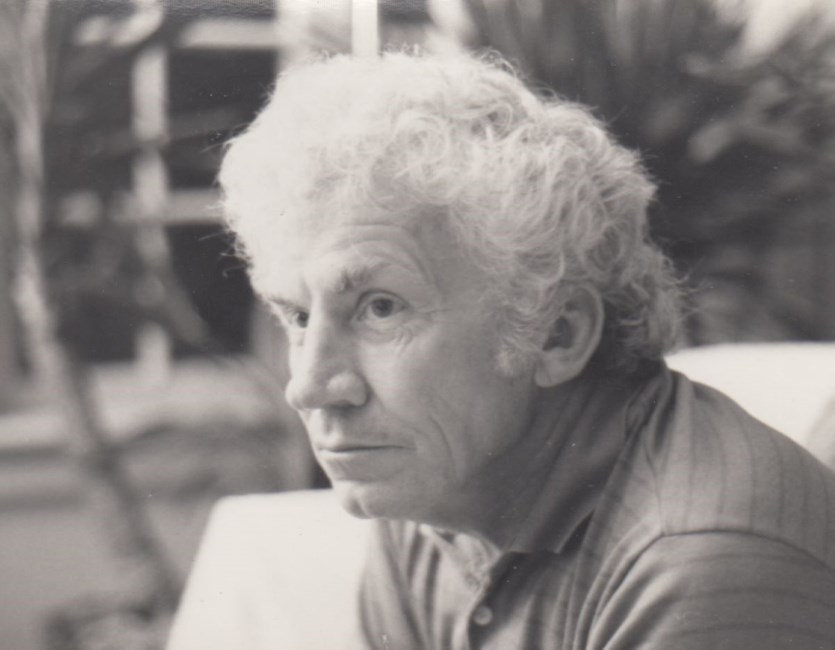 Fred Swift of New Bern, North Carolina died peacefully at home on September 7, 2021. His wife Deborah Wheeler was with him. Fred was born on October 16, 1926 in Middleport, New York. He is the son of F. Lester Swift and Clarita Littlefield Swift (who died of typhoid fever in 1931) and was raised by his stepmother Florence Farley Weyman Swift. Fred’s parents managed a fruit farm near Middleport NY. He was predeceased by his brother Lyle “Buzz” Swift of Lockport, his brother Gerald who was killed in the Second World War, and his stepsister Jean Linton of Ohio. Fred served in the Army as a paratrooper during the War, and was sent to Japan after bombs were dropped. He never forgot the decimated landscape that was once a city, nor the generosity of a Japanese man who invited him to his home and served him an egg from his meager food supplies. After his discharge from duty, Fred went to Michigan State on the GI bill. Fred and Rosemary Clayton were married in Middleport, NY on August 18, 1950. They soon moved to Iowa, where Fred obtained his master’s degree at Iowa State. Returning to Middleport NY, Fred worked at Niagara Chemical. His two eldest children, Daniel and Sarah, were born there. The family moved to New Brunswick, NJ, where they lived in graduate student housing while Fred qualified for his PhD at Rutgers University in Entomology and Environmental Science. He did a postdoctoral fellowship at Clemson University, where his daughter Laurie was born. The family then moved back to Middleport New York where Fred again worked for Niagara Chemical. In 1961, Fred was appointed to a faculty position at Rutgers College of Agriculture and Environmental Science (now the School of Environmental and Biological Sciences). His research focused on integrated pest management in the orchards of South Jersey. His children remember his enjoyment working at his research site at Sunnyslope Farms in Bridgeton NJ. He often brought home fresh peaches and apples, along with bags of leaves for the research project focusing on red mites. His family enjoyed the gardens and campus of the College of Agriculture, especially the lilac gardens at the log cabin. Fred and Rosemary divorced in 1983. In 1985 Fred married Deborah Wheeler, and moved to Philadelphia. In 1986, Fred (and Deborah) became foster parents to a family of 5 children, (the Truong siblings) who came to the US as unaccompanied minors, through a refugee resettlement program administered by Lutheran Child and Family Services of Philadelphia. In 1986, Fred, (with Deborah, her daughter Andrea, and the five Truongs) moved to a large farmhouse near Swedesboro NJ, an area well-known to him because of research with area orchards. Fred planted a small orchard of 53 fruit trees, some of which he grafted himself onto dwarfing root stock. Fruit was harvested in abundance within a couple of years. After his retirement from Rutgers in 1992, Fred was appointed as Professor Emeritus of Rutgers University. In 1994 Fred (and Deborah) moved to the mountains of NC, where Fred pursued several interests. He kept bees and collected honey. He had a few dairy goats, and learned to make cheese. He also learned to weave cloth, and was co-founder/owner of Local Color Weaving Studio in Bakersville NC. Fred was a juried member of Southern Highlands Craft Guild. In 2005, Fred (and Deborah) moved to New Bern NC, where he soon planted two Asian persimmons, and a fig tree in front of the house. These trees were bordered by a sidewalk and neighbors kept close tabs on the developing trees and the fruit when it appeared. A friend from Guatemala observed that Fred’s trees had lots of fruit every year which was unusual for fruit trees. The friend said it was because Fred gave fruit to anyone that wanted it. Fred is survived his wife Deborah Wheeler of New Bern NC, by his three children, Dan Swift (Jane) of Forksville PA, Sarah Swift (Freyda) of Montpelier VT and Laurie Brunk (Don) of Newport News VA, and by his grandchildren Kati Swift (Mark) of New Haven, CT , Peter Swift of NYC and Eric Swift (Melissa) of Forksville PA; Nate Swift-Erslev (Tom) of Milford , DE, Emmett Neyman (Gabby) of Seattle , WA and Leo Neyman of Montpelier, VT; Ruben Brunk of California, Noah Brunk (Sarah) of Atlanta, GA. His great grandchildren are Emily Rose Fisher, Ian Swift, David and Jonathan Gifeisman; Benjamin, Ayla, and Clayton Swift; and Shepherd and Ellis Brunk, his step-daughter, Andrea Wheeler Hollander, her son, Nathanial Hollander of Mullica Hill NJ, Zoe Hollanderof Audobon NJ, his foster children, Loi Truong (Joanne) of Lansdale PA, Mai Truong of Deptford ,NJ, Dung Truong Onelangski (Don) of Mechanicsville PA, Phuc Truong of Philadelphia PA, and Thinh Truong of Vietnam. Fred loved to read (several books at a time) and listen to classical music. His dry wit and twinkle in his blue eyes would light up a room. He passed on his love of fruit trees and moths and butterflies to his children and taught his grandchildren how to weave. He was an excellent cook and is remembered for his blueberry pancakes, bread, and homemade peach ice cream. Fred often became enamored with a particular writer, such as George Eliot (Middlemarch) or Thomas Hardy. Such was the case with Poet of Tolstoy Park a novel by Sonny Brewer. Fred shared that book with several friends at Unitarian Universal Fellowship of New Bern where he was a member. With Fred, books and reading were more than entertainment; they were a way of life and a cherished part of his psyche. Arrangements made by Cotten Funeral Home & Crematory. Online condolences may be made to the Swift family at www.cottenfuneralhome.com.
See more See Less

In Memory Of Fred Swift