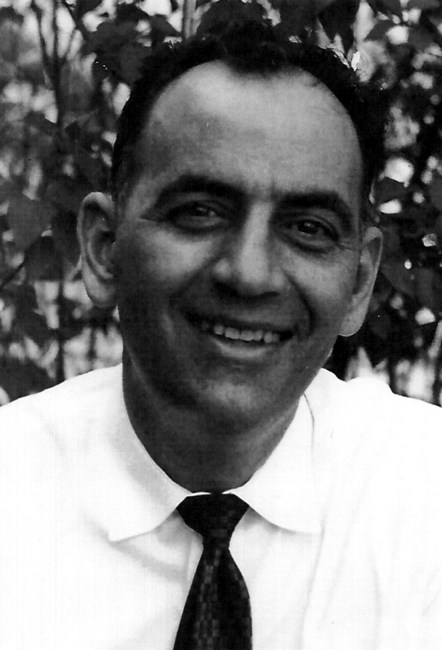 Joseph Pat Cacioppo, 94, of New Bern passed away on Friday, May 6, 2022. Pat was born on May 22, 1927 in Akron, Ohio to the late Carlo Cacioppo and Mary Julia (Almerico) Cacioppo. Pat grew up in Ravenna, OH. A high school athlete (he wore the number 62 on his Ravenna Ravens football jersey), a United States Marine, Freemason, excommunicate Catholic turned Methodist, manufacturing executive, and selfless provider, Pat faced life on his terms and upheld all that is good. Like many who matured during the Great Depression, Pat learned pragmatism and self-reliance from an early age. A patriotic assimilationist who cherished the American Dream, an immigrant name like Giuseppe Pasquale would be traded for Joseph Pat, and the surname pronounced in Anglicized fashion. He enlisted in the Marine Corps at the age of 17, and served two terms of duty in the WWII and the Korean conflict. In the interim, he attended Kent State University, where he met his wife to be, Nancy Jane Cummings of Cuyahoga Falls, OH. Upon becoming a family man, Pat set aside his ambitions for a Marine Corps career and soon entered the manufacturing sector. He rose from tool and die operator to plant manager at Ford Motor Company’s Walton Hills facility a short distance southeast of Cleveland. Ford recognized his managerial abilities, and in 1978 Pat was transferred to an executive position in Detroit, where he became known for his commitment to quality control. Pat retired from Ford in 1992, but soon resumed work managing a parts firm in nearby Taylor, MI, that supplied the Big 3 and other auto makers. Pat settled into full retirement as the new millennium began. Pat was preceded in death by his beloved wife of 62 years, Nancy Jane (Cummings) Cacioppo (1932-2013). He is survived by his loving children and their families: Curtis Pat Cacioppo of Orleans, MA, his wife Christine, and their sons Charles Alexander and Nicholas Immanuel; Anne Patrick (Cacioppo) Manganaro of Oriental, NC, her husband Paul, their son Paul Joseph and his husband Jason Gottlieb; Martha Claire (Cacioppo) Roginski of New Bern, NC, and her husband Richard. The family offers profound thanks to Pat’s neighbors in Grosse Ile, MI, for their loyal friendship and boundless assistance to Pat throughout the years: Jim and Jane Bickley; Dr. Carl and Gayle Haeger; and Elke Malcomson (deceased). In lieu of flowers, memorial donations in Pat’s name may be made to St. Jude Children's Research Hospital. A celebration of Pat’s life will be held at a future date, when his ashes will be interred next to Nancy’s at Parklawn Memorial Park in Rockville, MD. Online condolences can be offered at www.cottenfuneralhome.com. Cotten Funeral Home is honored to serve the family and friends of Joseph Pat Cacioppo.
See more See Less

In Memory Of Joseph Pat Cacioppo