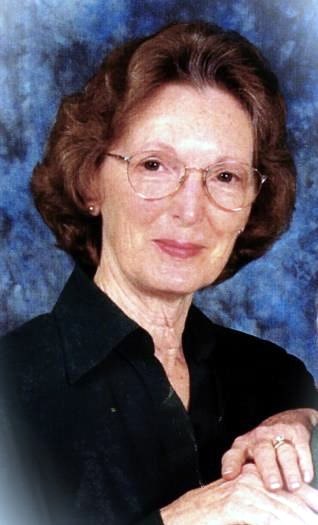 Josephine “Jo” Carter Avery, 83, of New Bern, NC went to her heavenly home on Sunday, January 22, 2023, after a four-year battle with Lewy Body Disease (LBD). Even through her illness, Jo was a vibrant woman who was loved dearly by those who encountered her. She was hardworking, humble, persistent, and positive even in challenging circumstances, all characteristics which can be attributed to her undeniable faith in God and her commitment to family. Jo was born in Ware County, Georgia to sharecroppers, Mary and Harley Carter; both parents preceded her in death. She was raised by the loving guidance of not only her parents, but also her maternal grandparents, Elijah Sylvester McCarthy (Old Daddy) and Addie Rowell McCarthy, and her paternal grandparents, Thomas Seaborn Carter (Papa) and Delilah Jordan Carter (Mammy). Known to most people as “Mama Jo,” she was the matriarch of a large and loving family. She is survived and greatly missed by her soulmate and husband of 65 years, Herbert Curtis Avery, Sr. Precious memories of her nurturing care will be forever cherished by her five children—Kathi Avery King and husband Garland of New Bern, Curt Avery of Hyde County, NC, Thomas (Tommy) Avery and partner Mally Weaver of Boone, NC and Key West, FL, Phillip Avery and wife Crystal Tyler of Lubec, ME, and Terri Avery Van Sickle and husband Terry of New Bern; 11 grandchildren—Billie Kate Durst and husband Rob, Allan Southerland, Kelly Jones Toler and husband Randy, Ayden Cox and husband Kyle Whisenant, Evan Avery, Aaron Avery, Justin Avery, Cole Avery, Olivia Van Sickle, Sophia “Finn” Van Sickle, and Harley Avery; seven great-grandchildren—Randy Toler, Allana Durst, Dagen Toler, Trent Durst, Emma Toler, Addie Avery, and Oren Whisenant; and many special cousins, nieces, nephews, friends, neighbors, and honorary children. Jo was an only child, but she considered her surviving sister-in-law Jean Avery Edge (“Sister”) as her own sibling, and she remained very close to all her Georgia cousins throughout her life. Jo Carter was a graduate of Ware County High School, where she was an honors student and was voted “Most Popular” among her classmates. After marrying Herbert Avery, the two raised a growing family as Herb’s work in paper mills took them from Fernandina Beach, FL to Rock Hill, SC and Orville, AL before they settled in New Bern, NC in 1969. In the Askin community, they bought an old farmhouse, which they remodeled themselves with help of friends. The family soon joined Spring Hope Church, where Jo was a member of the Women’s Auxiliary for more than 50 years. She loved making crafts for the church bazaars and contributing to the church cookbooks. She taught Sunday School and Vacation Bible School classes and used her lovely voice to praise God through song. She volunteered as a grade mother at Bridgeton Elementary through all the years her children, grandchildren, and great-grandchildren attended the school (1970 – 2020), and she continued her service as a driver and chaperone at J.T. Barber and West Craven schools as her children grew older and became active in football, marching band, and clubs. Jo also volunteered for several years at the Craven County Library / Book-Mobile, and the Craven County Fair, where she registered educational exhibits and arts and crafts entries. Jo was well-suited for this because she was a talented painter herself, working in watercolors, acrylics, and oils. She painted throughout her life. She was also an excellent seamstress and cook, but she went well beyond the traditional roles inside the home. As she and Herb added to the farm acreage and livestock over the years, Jo was right beside Herb as they baled hay, picked corn, tended a garden, herded cows and hogs, and fed horses and chickens. In the early ‘90s, she labored diligently alongside her husband, sons, and friends sanding, nailing, and painting to build her dreamhouse out of the wood they milled from the family property. Jo was a true homemaker in every sense of the word, but she was not a homebody. She and Herbert were explorers, traveling far and frequently. She visited all 50 states, drove across Canada three times, went to Mexico for month-long visits on a couple of occasions, hiked and sailed often, and drove the entire length of I-95 from Maine to Miami and US-1 to Key West annually for more than 20 years visiting her children and extended family, making each person along the way feel special and loved. She was a caretaker of the sick and anyone who needed her including her children, parents, grandparents, and aging neighbors. She also volunteered at the local hospital. Recently, when she was a patient in a skilled nursing facility, she was still trying to take care of others. She made friends quickly there because she always had a smile and a desire to help. The family would like to thank Dr. Matt Smith and nurse Melanie, Dr. Matthew Grove, Dr. Robert Holmes, and Dr. Brian Averell as well as the staff of Bayview Rehab and Nursing Home and the staff of CarolinaEast rehab, neuro, and hospice units for their roles in Jo’s care. Jo Avery was a devoted, loving, and loyal caregiver, wife, and friend, and she was the epitome of the word “mother.” Though she will be dearly missed, her joyful spirit and the wisdom she shared will carry on through the numerous lives she influenced. The family invites you to a visitation at Cotten Funeral Home, New Bern, NC, on Saturday, February 4, at 11:00 a.m. followed by a memorial service at noon. A second service and internment of ashes will be in Waycross, Georgia the following week. Flowers are welcome, or in lieu of flowers, donations to the following organizations are appreciated: Lewy Body Dementia Association at www.lbda.org/donate or Shriner’s Burn Hospital in Texas and Ohio, checks made payable to Sudan Shriners with a memo of “Pediatric Burn Centers” can be mailed to 1425 S. Glenburnie Road, Suite 4, New Bern, NC 28562. Cotten Funeral Home is honored to serve the family and friends of Josephine "Jo" Carter Avery.
See more See Less