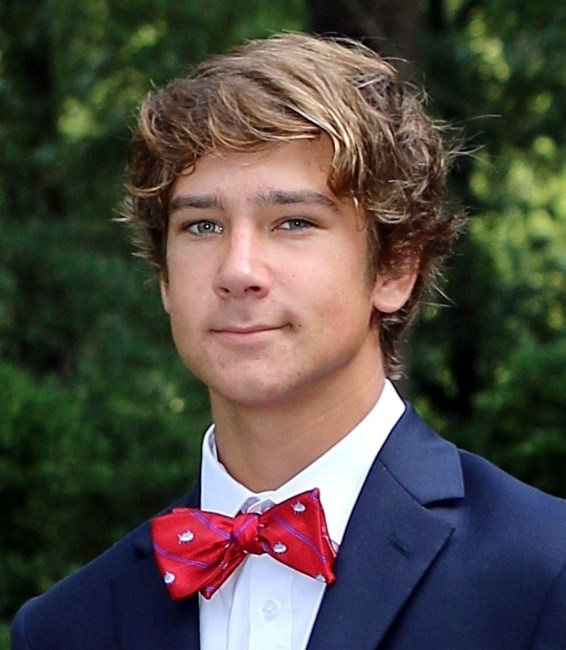 Kolby Alexander Jones, 20, of Jacksonville, NC passed away suddenly on Sunday, September 18, 2022 as a result of a single car accident. A Celebration of Life will be held on Friday, September 23 at Temple Baptist Church in New Bern, NC. Visitation will begin at 4:00 PM with service following at 5:00 PM. Kolby was born on April 15, 2002 in Greenville, NC to Candi Eubanks Jones and Keven Anthony Jones. A 2020 graduate of Arendell Parrott Academy, Kolby was a NC Academic Scholar and an AP Scholar. He had started his junior year at North Carolina State University, majoring in Civil Engineering. Kolby was naturally athletic and motivated to compete. He started playing both soccer and baseball at age four, developing a passion for soccer that ultimately led him to play varsity at Parrott and join a travel soccer league. Beginning at age 8, the travel league took him all over North Carolina and the US to compete, even as far as Barcelona, Spain when he was 13. He also was an avid fisherman and hunter, over the years becoming an accomplished angler. Kolby entered and won several tournaments and truly loved spending time on the water bass fishing with his dad or friends. While at NC State, he was a member of the BassPack fishing team. A “foodie” at heart, he was always up for trying a new cuisine, and while he enjoyed foods from different cultures, and cooking for his friends, he absolutely loved his mom’s cooking. Kolby was a gentle soul with an abundantly loving heart. He had an easygoing optimistic nature and was a good friend to all who knew him. In recent days, close friends from Parrott and from State have visited with the family and have brought both comfort and laughter. It has been a blessing during this difficult time to learn how much his friendship meant to them. Simply, to know him was to love him, and Kolby will always be remembered with much love by his heartbroken family, parents, Candi and Keven, and his younger sister, Mackenzi. In addition to his parents and sister, Kolby is survived by: Paternal grandfather, Guy N. Jones, Jr of Maysville, NC, maternal grandfather, Ronnie L. Eubanks and wife, JoAnn of Kinston, Aunts Ethel C. Harris of Charlottesville, VA, Jeanie C. Oliver of Tyro, VA, Betty C. McElwayne of Roseland, VA, Karen Jones of Michigan and Uncles Mike Jones and wife Patty of Sneads Ferry, NC, Jim Duncan and wife Becki of Raleigh, Jacob Coffey of Nebraska. Special cousins Rocky Coffey and wife, Amy and their boys Evan, Garris, Eli and Tye and Raven, Lauryn and Morgan Duncan. Kolby's warmth and kindness will be greatly missed by the many old and new friends who had become his college family and community. He also leaves behind two devoted, loyal Scottish Terriors-Stella and Sadie. He is preceded in death by his maternal grandmother, Elsie C Tyndall of Trenton, NC and paternal grandmother Betty Giles of Jacksonville, NC. Online condolences can be made to www.cottenfuneralhome.com. Cotten Funeral Home is honored to serve the family and friends of Kolby Alexander Jones.
See more See Less

In Memory Of Kolby Alexander Jones