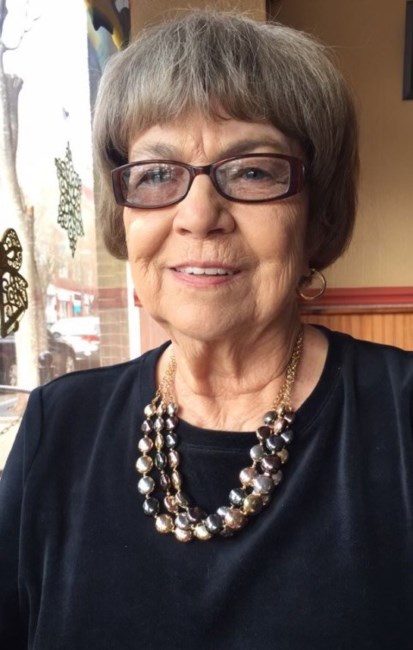 Mary Lee Gilbert Golden went to be with her Lord and Savior on January 17th after a courageous battle with cancer. Born on March 26, 1941, Mary was the daughter of the late Clifton H. Gilbert and Ada Lee Gilbert. Mary was raised in Jackson, SC. Later life brought her to the Spring Garden area of New Bern NC. She loved to play golf with her friends at River Bend, in her earlier years and more recently she loved to play Dominos with her special friends every Friday. Mary owned and Operated McCoy’s Grill for many years and gave a helping hand to those who needed it, at every-turn. She loved and adored so many of her customers and treated them like family. Later in life she worked as a Home Health Nurse, always looking out for others. In addition to her parents, she is preceded in death by her two beautiful sons Clifton Franklin “Franky” Golden and Billy “Frank” Golden, Jr., and her most special friend James E. Carpenter. She is survived by her daughter, Tiffiney Golden Jackson (Billy); brother James H. Gilbert (Pat); grandchildren, Charlee Miller, Robbie Miller, Brandi Golden and Grant Golden; and daughter-in-love Carla Golden and several nieces and nephews. The family will receive friends at the home of her daughter Tiffiney Golden Jackson, 103 Kelso Road on Friday, January 20th from 4 – 7 pm. A private memorial will be held at a later date. In lieu of flowers, the family asks that you show a small act of kindness or offer a helping hand to someone in need. That is most certainly what Ms. Mary would want. The family would like to thank the special people at CarolinaEast Health System but especially Dr. Jennifer Aron for her love and compassion. Another way we ask if you would like to donate in Mom’s name is to the Palliative Care Unit. https://www.carolinaeasthealth.com/foundation/donate-now/ There is a drop down menu where donation can be designated to the cancer center, and in the memo line can type donation for Palliative care in Memory of Mary Golden. Also checks can be sent to: Carolina East Foundation 2007B Neuse Blvd New Bern, NC 28560 Writing in the memo line, or in a card that the donation is designated for Palliative Care in Memory of Mary Golden. Arrangements are in the care of Cotten Funeral Home & Crematory.
See more See Less

In Memory Of Mary Golden