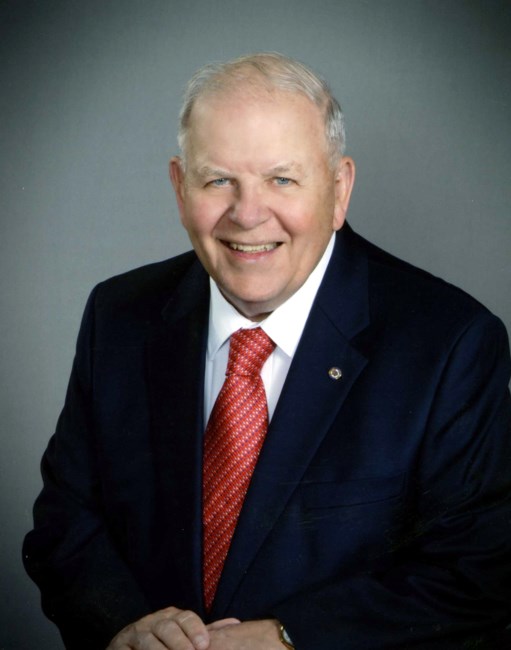 Colonel Steven Clark Harman, Jr., USA (Ret), 80, of New Bern, NC, a proud 30-year Army Veteran and graduate of the United States Military Academy at West Point, passed away on Sunday, January 16, 2022. He was born in St. Louis, MO on November 22, 1941 as the oldest son of the late Helen and Steven Clark Harman. He is survived by his loving wife of 56 years, Anne Harman, and their seven children, spouses, and 13 grandchildren: Steven and Tricia Harman; Mary and Todd Fleming and daughters Hannah and Brooke; Jim and Kimberly Harman and son Jack; Joe and Amy Harman and children Bethany, Shauna, Joey, and Frank; Katee and Jason Petzold and children James, Madison, and John; John and Kristy Harman and daughter Ellie; and Barbara and Jeremy Maia and daughters Zoey and Avery. Steve is also survived by extensive extended family and his sister and brother, their spouses, and children: Mary Kay and Greg Lesher of Pingree Grove, IL and sons Andy, Bobby, and Patrick; and Tom and Lori Harman of Creve Coeur, MO and daughters Madelyn and Abigail. Husband, father, soldier, and friend, Steve was a compassionate, kind, and humble leader who valued and embodied service, honor, integrity and most of all, his family and faith. These values guided him throughout his life, and he was a highly respected member of each educational, professional, and community organization in which he was involved. And there were many. Steve started his military career early as a cadet at the Christian Brothers College Military High School in St. Louis, MO, earning the rank of Cadet Colonel, awarded to one senior each year, the highest rank bestowed at the school. While waiting for an appointment to the US Military Academy at West Point, Steve attended Washington University in St. Louis, MO, where he pledged and was an active member of Beta Theta Pi for two years. In 1961, he entered West Point as a plebe. Steve was a member of the baseball team at West Point and was thrilled to meet Mickey Mantle when the Yankees played West Point during an annual exhibition game. After graduating from West Point in 1965, he served 26 years as an Army officer, rising to the rank of Colonel. During his military career he earned numerous awards and commendations, including the Bronze Star Medal during the Vietnam War. Steve earned an M.S. in Mathematics from Rensselaer Polytechnic Institute and an M.S. in Telecommunications from George Washington University. He was a graduate of the Signal Officers Advance Course, the Command and General Staff College, and the Industrial College of the Armed Forces. After retiring from the Army in 1991, he worked for government contractors General Electric, Lockheed Martin, and Northrup Grumman. Steve and Anne were married on June 12, 1965 and children soon followed, seven of them. As with most military families, they moved a lot – 26 times over the course of their life together. Steve and Anne were a team. While Anne held down the fort at home, Steve worked hard to support their family. When not working, ever the supportive, active, sports-loving family man, Steve coached his kids’ sports teams, led pool excursions during the summers, and purchased countless slurpees after soccer games. All his kids knew his unmistakable whistle on the sidelines, quiet but always heard. In 2001, Anne and Steve moved to New Bern, NC to enjoy warmer weather and a slower pace of life. Their new home in the beautiful golf neighborhood of Taberna was the perfect setting to host family and the Harman residence continued to be a hub for many family gatherings. Steve loved to watch his teams, the St. Louis Cardinals and Army Black Knights football, battle it out on the field. Attending the Army/Navy Football games with family was a highlight for Steve and he enjoyed playing golf with his friends, kids, and grandkids. In between rounds of golf, Steve continued serving his community by teaching math at Craven Community College and volunteering with Civitan and their church. In addition, he volunteered with the Knights of Columbus Council 3303 and was honored to serve as Financial Secretary, Deputy Grand Knight, and most recently, Grand Knight from 2020 until his passing. A Mass honoring the life of Steve will be held at St. Paul’s Catholic Church at 3005 Country Club Rd, New Bern, NC at 11am on Monday, January 24, 2022. Viewing will be held at Cotten Funeral Home at 2201 Neuse Rd, New Bern, NC on Sunday, January 23rd from 2pm-4pm. In lieu of flowers, donations may be sent to the Saint Paul’s Catholic School at 3007 Country Club Rd., New Bern, NC 28562 (252) 633-0100 or the Knights of Columbus Council 3303 at 1125 Pinetree Dr., New Bern, NC 28562 (252) 633-5632. Cotten Funeral Home and Crematory is honored to serve the family and friends of Colonel Steven Clark Harman Jr. USA (RET).
See more See Less