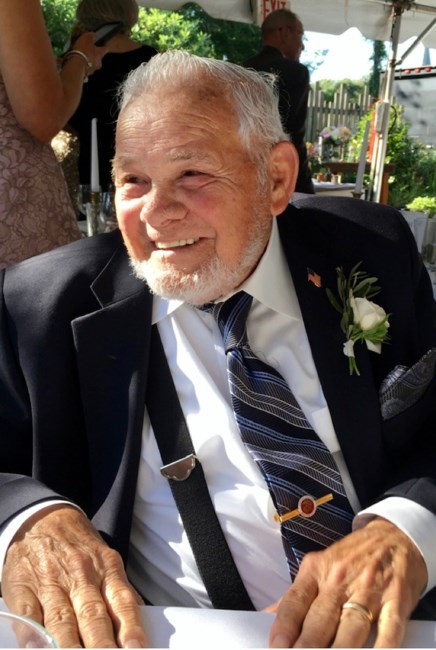 William McKinley Harrison, age 89, passed away on May 7, 2022. William (‘Bill’) was a true patriot who served honorably in the Marine Corps from 1950-1970. Master Sergeant Harrison, a decorated war Veteran also served the country he loved overseas during both the Korean and Vietnam Wars—even surviving his helicopter being shot down while in Vietnam. Bill was born and raised in Swannanoa, N.C. on February 15th, 1933 and later joined the United States Marine Corps. After retiring from the service Bill opened a T.V. repair shop called H&H Electronics with his brother-in-law in Havelock N.C. However, it didn’t take long before Bill felt the need to once again serve our nation. He got a Civil Service job at the Naval Air Rework Facility (NARF) at Cherry Point. There Bill used the leadership and technical skills he learned as a Marine Aircraft Maintenance Chief to become NARF’s Airframe Supervisor. His expertise greatly contributed to enhanced aircraft readiness. Bill worked at NARF for over 20 years before finally retiring from government service. Later in life Bill decided he wanted to learn how to dance and became quite good at it. He enjoyed Beach Music. He had a love for BBQ, gardening, his dogs, Elvis, but most of all his family and friends. However, that wasn’t it for his new, post military life—Bill became interested in Martial Arts, and excelled by earning a Third Degree Black Belt in Taekwondo. In 2002 he became N.C. State Champion and won second place in the World Championship. He went on to open a Dojo with his wife Mildred in Asheville N.C. There, along with Mildred and his youngest son Benny, they taught Taekwondo. Bill truly loved teaching, especially children. Bill was a man of great faith and a member of Faith United Methodist Church in New Bern N.C. He was also a member of many organizations including the VFW, Shriners, Masons and the GOP of N.C. Bill was honored by the Third District GOP Janice Grubb Award as Volunteer of the Year. A loving Husband, father, grandfather, great-grandfather and brother, Bill was the son of the late Nellie ‘Nanny’ Lucy Cooper and William ‘Papaw’ Garfield Harrison. He is survived by his wife Mildred, daughters: Lucille ‘Margie’ Ellis and her husband Dave, Barbara Jackson and her husband John, Sherri Brander and her husband Jim, son William M. Harrison II, step-children: Brent Fulcher and his wife Cathy, Heath Fulcher, Gregory Fulcher, Susie Davenport, Jimmy Roach, brother Franklin ‘Tiny’ Harrison and his wife Jean, 19 grandchildren and 7 great-grandchildren. He is predeceased by his youngest son Benjamin ‘Benny’ Harrison, step-son Jeffrey Fulcher, sister Ruby Wagner, brothers: Orville ‘Sammy’ Harrison, Robert ‘J.R.’ Harrison and former wives Frances Hudson Harrison and Mary Roach Harrison. A Visitation will be held on Wednesday, May 11, 2022 from 5:00-7:00 PM at Cotten Funeral Home. A Funeral Service will be held on Thursday, May 12, 2022 at 11:00 AM at Faith United Methodist Church, located at 4143 Dr. M.L.K. Blvd., New Bern, NC. Officiating the service will be Rev. Mike Eubanks. Bill will be laid to rest at Greenleaf Memorial Park following the service. Cotten Funeral Home is honored to serve the family of William "Bill" McKinley Harrison.
See more See Less