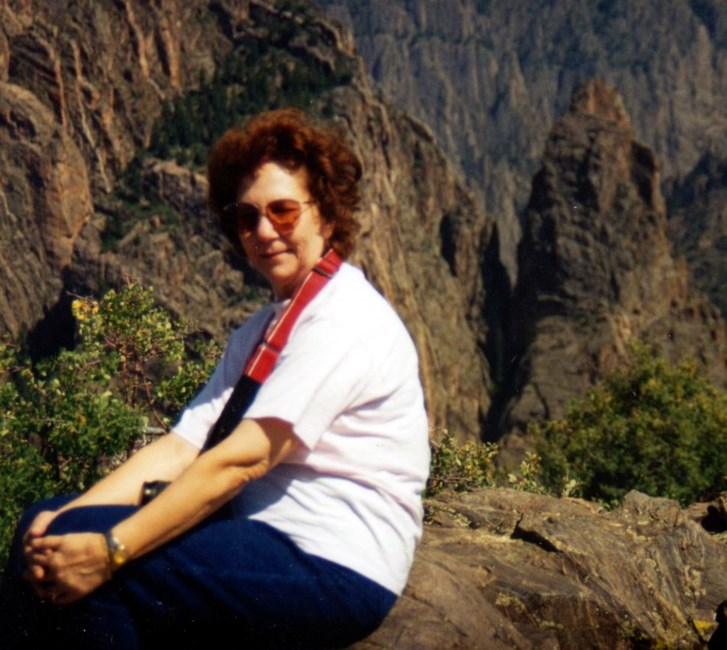 Evelyn Joan Hummel entered peacefully unto eternal rest on Wednesday, September 14, 2022, at her home in New Braunfels, TX. She is preceded in death by her parents, Oscar and Lina (Barthold) Huebner; and husbands Alouis Tudyk, and William Hummel. She is survived by her four loving children: Michael Tudyk, Cheryl Kolbe (Tim), Margaret Tudyk, and Patricia Tudyk. Also, Grandchildren Laura Tudyk, Michael Tudyk II, Anthony Kolbe (Amber), Kathryn Kolbe, Autumn Crowley (Darrion); and Great Grandchild, Joseph Lee Crowley. Evelyn was born in Converse Texas in October 1936, and lived her life as a young farm girl in that area. After her first marriage, she became a Licensed Vocational Nurse and worked for a time at the Nix Hospital, in downtown San Antonio. She later worked at various long-term nursing facilities in Schertz and New Braunfels. Caring for the medical and emotional needs of the aged, she made a difference in the lives of many co-workers and residents. She raised her children in the Marion area, and as a life-long Catholic, faithfully attended both Good Shepard and Immaculate Conception Churches, in Schertz and Marion respectively. She was an active person, who loved sewing, quilting, and bowling at many 9-pin leagues around the area; to the extent that her skill took her on to 10-pin tournaments in amateur State and National finals. She made many friends and had wonderful experiences and travels during her many years of bowling. She was a member of, and enjoyed her outings with the Red Hat Ladies social club. She also enthusiastically enjoyed dancing, and was a regular at Martinez Dance Hall on Sunday afternoons. She will be missed by her family, who takes solace in the knowledge she rests in the arms of her Lord and Savior. A public visitation for Evelyn will be held Wednesday, September 21, 2022 from 5:00 PM to 9:00 PM at Zoeller Funeral Home, 615 Landa St., New Braunfels, TX. A holy rosary will occur Wednesday, September 21, 2022 at 7:00 PM, 615 Landa St., New Braunfels, TX 78130. A funeral mass will occur Thursday, September 22, 2022 at 10:00 AM at Sts. Peter & Paul Catholic Church, New Braunfels, TX 78130. Evelyn will be laid to rest in Guadalupe Valley Memorial Park, New Braunfels, TX 78130. Fond memories and expressions of sympathy may be shared at www.ZoellerFuneralHm.com for the Hummel family.
See more See Less

In Memory Of Evelyn J. Hummel