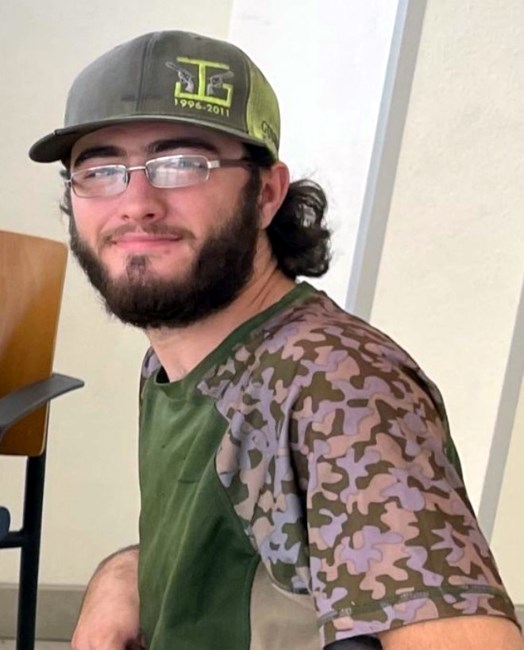 Hunter Aaron Paul Coco, 21, was born in Ferriday, Louisiana on June 30, 2000, to Barry Coco and Michelle Johnston. Hunter grew up in San Marcos, Texas frequently visiting family in Louisiana. Hunter passed away on June 20, 2022, with his brother Jonathon Coco in the line of duty as a Firefighter for the Maxwell Community Volunteer Fire Department. Hunter joined the Maxwell Community Volunteer Fire Department in 2020 after being recruited by his brother, Jonathon. He was a valued member of MCVFD who devoted a lot of his time to serving the community. As a firefighter he was the kind of person you would want by your side. He was dependable, hard-working, and quick to jump in wherever needed. He never questioned “why?”, he just helped without hesitation. Hunter was extremely selfless and always put others ahead of himself. Anyone that knew him would describe him as quiet and reserved until you got to know him. He had a happy-go-lucky attitude and was rarely seen without a smile on his face. His smile and laugh were truly genuine and indicative of his kind, gentle nature. Outside of being a firefighter, Hunter was an avid outdoorsman where he enjoyed hunting and fishing but also had a fervent passion for gaming. He was known to have a love for sweet tea, fast cars and burn outs! He loved his fiancé, Allyssa, unconditionally since he first met her in middle school. The love they had for each other was described as a two-way street that was pure and authentic. Hunter always knew he would marry Allyssa from the beginning, and they were set to be married this week. Above all, Hunter’s favorite role was being a father to Paisley, 1, and it was a role he played fantastically. The love he had for his little girl was unadulterated. Hunter is survived by his Fiancé, Allyssa Ashby and daughter, Paisley Coco of San Marcos. His parents, Barry and Jaimee Coco of Martindale and 4 siblings: Ashley Sanford and husband Seth of Vidalia, Louisiana. Marcus Hildebrand and Fiancé, Katlynn, of Martindale. Kaleb Coco and Riley Coco both of Martindale. One Niece and one nephew; Avah and Colson Sanford of Vidalia, Louisiana. Grandparents; Marlene and Roger Bierstedt of Seguine; Dorothy Coco of Vidalia, Louisiana and Diane Johnston of Ferriday, Louisiana. Aunts and Uncles: Donna and Roger King of Monticello, MS. Donald “Bubba” Coco of Monterey, LA. Debbie and Nilon Wolter of Staples. He was also survived by numerous cousins including Kelton Wolter, Kendra Johnson, Hannah McKinney, Hayden Coco and Lola Coco. He we be missed by his beloved dog, Sweet Pea. He is preceded in death by his mother, Michelle Johnston, Grandfather Otis Coco, Grandfather Nigel Johnston and cousin, Owen McKinney. Serving as pallbearers will be Kelton Wolter, Nilon Wolter, Roger King, TJ Johnson, Maxwell Little, Kaleb Coco, Donald “Bubba” Coco, Marcus Hildebrand, Ben Soto, Ryan Derrick, Sebastian McNilly and members of Maxwell Community VFD and Buda Police Department. Honorary Pallbearer will be Hayden Coco. A public visitation will be held June 25, 2022, at Zoeller Funeral Home located at 615 Landa Street, New Braunfels, Texas, 78130 at 6pm until 8pm. Staging will begin at 12:30pm at the Martindale Baptist Church, 12351 Hwy 142, Martindale Texas 78655 followed by the funeral services at 2 pm on Sunday, June 26, 2022 at the Gerry Ohlendorff Performing Arts Center which is located at the Lockhart High School at 906 Center Street, Lockhart, Texas, 78644. A reception will follow at the Lockhart High School Cafeteria.
See more See Less

In Memory Of Hunter Coco