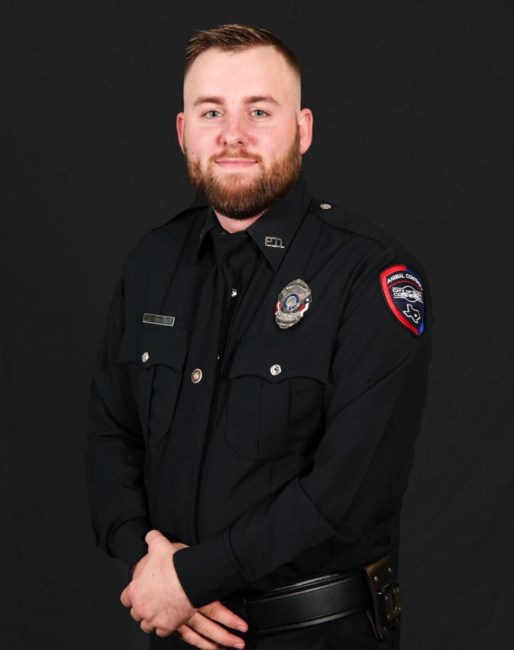 Jonathon Taylor Coco, 25, was born in Ferriday, Louisiana on June 14, 1997, to Barry Coco and Michelle Johnston. Jonathon grew up in San Marcos, Texas area frequently visiting family in Louisiana. Jonathon passed away on June 20, 2022, with his brother Hunter Coco in the line of duty as a firefighter for the Maxwell Community Volunteer Fire Department. Jonathon developed an interest in public service at a very young age. This interest was intensified after his family’s barn caught fire and Maxwell Community Volunteer Fire Department was the first on scene. Jonathon stated, “I specifically remember the kindness and compassion the now Chief, David Childress displayed during that incident and ever since then I wanted to join”. Jonathon joined Maxwell Community Volunteer Fire Department in 2016 and worked his way up the ranks to Assistant Chief. If you ask the many members you will hear them say that he was very dedicated to the department and community spending many hours at the station going above and beyond what was asked of him. He was extremely knowledgeable and wore many hats. Amongst his numerous certifications and accolades, he also handled all the departments IT related issues operating on servers, computers, and all network management. Beyond his service to our community, he was also an astounding human being. His personality was bigger than this world and he amassed many memorable friendships over the years. He enjoyed cooking for others as it was another passion he had. On many occasions you would catch him making family dinners for the other members of the fire department, for his friends outside the department and family members. His sister, Ashley, would say that making food for others was his love language. At home, his family would describe him as extremely funny, and said you never know what was going to come out of his mouth, but it was always the truth. He was a go getter and had no problem taking charge and getting things done. Jonathon was also known to take in strays whether it be K9 or human! He was a full time Animal Control Officer for the City of Buda Police Department where he was admired by co-workers for his personable disposition and playful antics. Jonathon is survived by his parents, Barry and Jaimee Coco of Martindale and 4 siblings: Ashley Sanford and husband Seth of Vidalia, Louisiana. Marcus Hildebrand and Fiancé, Katlynn, of Martindale. Kaleb Coco and Riley Coco both of Martindale. 2 Nieces; Avah Sanford of Vidalia, Louisiana and Paisley Coco of San Marcos. One Nephew, Colson Sanford of Vidalia, Louisiana. Grandparents; Marlene and Roger Bierstedt of Seguine; Dorothy Coco of Vidalia, Louisiana and Diane Johnston of Ferriday, Louisiana. Aunts and Uncles: Donna and Roger King of Monticello, MS. Donald “Bubba” Coco of Monterey, LA. Debbie and Nilon Wolter of Staples. He was also survived by numerous cousins including Kelton Wolter, Kendra Johnson, Hannah McKinney, Hayden Coco and Lola Coco. He will be missed by his beloved dogs Chester, Zane and Holly. He is preceded in death by his mother, Michelle Johnston, Grandfather Otis Coco, Grandfather Nigel Johnston and cousin, Owen McKinney. Serving as pallbearers will be Kelton Wolter, Nilon Wolter, Roger King, TJ Johnson, Maxwell Little, Kaleb Coco, Donald “Bubba” Coco, Marcus Hildebrand, Ben Soto, Ryan Derrick, Sebastian McNilly and members of Maxwell Community VFD and Buda Police Department. Honorary Pallbearer Hayden Coco A public visitation will be held June 25, 2022, at Zoeller Funeral Home located at 615 Landa Street, New Braunfels, Texas, 78130 at 6pm until 8pm. Staging will begin at 12:30pm at the Martindale Baptist Church, 12351 Hwy 142, Martindale Texas 78655 followed by the funeral services at 2 pm on Sunday, June 26, 2022 at the Gerry Ohlendorff Performing Arts Center which is located at the Lockhart High School at 906 Center Street, Lockhart, Texas, 78644. A reception will follow at the Lockhart High School Cafeteria.
See more See Less

In Memory Of Jonathon Taylor Coco