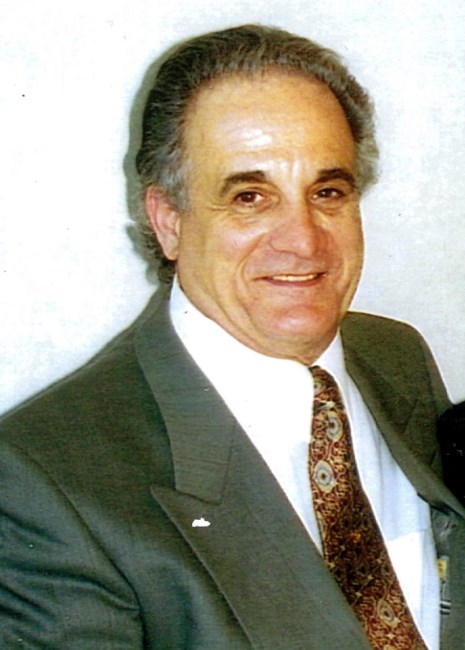 Carmelo Paul Gionfriddo, 89, of New Britain, passed away on January 18, 2022 with his family by his side. Beloved husband to the late Marie (Giacalone) Gionfriddo, Carmelo will be deeply missed by his family and friends. He was born in Middletown on August 18th, 1932 to the late Sebastian and Anne Gionfriddo. Like the rest of his siblings, he grew up with a strong Sicilian heritage which he was proud of. Prior to joining and serving in the Army Airforce, he met the love of his life Marie one night at a dance. He married Marie in 1957 and they settled in New Britain, CT where they raised their two daughters. Carmelo enjoyed working with his hands, so it made sense that he would go into carpentry. In his free time he enjoyed many hobbies; hunting from an early age, golfing, playing cards with his buddies, and going out dancing with Marie. He took great pride in caring for his home and garden where he grew tomatoes and fruit trees year after year. His favorite pastime however, was spending time with his three grandchildren while he endlessly video recorded their every move. He was blessed to be surrounded by many friends and family who shared his love for life. He attended Saint Ann's Parish and his Catholic faith was very important to him. After the passing of his beloved wife and best friend Marie, he continued attending Mass every Sunday and afterwards drove to Middletown for coffee and conversation with his friends. In addition to his beloved wife Marie, Carmelo is predeceased by his parents Sebastian and Anna Gionfriddo, brother Biaggio Gionfriddo, and sister Marie Cowan. He was also predeceased by his cherished grandson, Mathew Vaughan who was his constant companion in his later years. Carmelo is survived and will be deeply missed by: his daughters Lynn Gionfriddo-Cortez and her husband Peter of New Britain, CT and Carleen Brody and her husband Marc of Farmington, CT; his cherished grandchildren: Justine McGuire and her husband Chris of Berlin, CT, and Danielle D'Ambrosio and her husband James of Avon, CT; his beloved great-grandchildren Violet Marie D'Ambrosio and Luka Ryan McGuire; his sisters: Doreen Ostapcuk of Middletown, CT and Louise Cuccaro of Durham, CT; as well as his God children with whom he had close relationships with, and many nieces and nephews and their spouses; as well as his close friends, and a special thanks to Ed Monarca, Paul Breiding, and Peter Cortez for always checking in. A period of visitation will be held on Saturday, February 5, 2022 at New Britain Memorial & Donald D. Sagarino Funeral Home, 444 Farmington Avenue, New Britain from 9:00-11:00am. A funeral home prayer service will be held at 11:00am. Interment services are to follow at St. Mary Cemetery, Stanley Street, New Britain. For an online memorial, please visit www.NewBritainSagarino.com.
See more See Less

In Memory Of Carmelo Gionfriddo