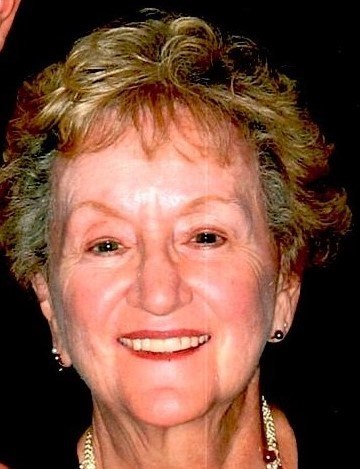 Mary A. Horan (nee McQuade) of Bardonia, NY, 89 years old, passed away peacefully in her sleep on January 14, 2023. Mary was a 52 year resident of Bardonia. She was born on July 26, 1933 to Mary and Francis McQuade. She graduated from Aquinas High School in the Bronx and married the love of her life, John (Jack) on November 9, 1957. Mary and Jack moved to Bardonia in 1963. Mary stayed home to raise her first 4 children (Eileen was a late arrival) and returned to work in the early 1970’s as a Legal Secretary. In 1977 she embarked on a 20-year career with Allstate Insurance as a Claims Adjuster. She loved her crossword puzzles and word searches, working on them every day right up to her passing. In retirement, Mary became a Yankee fan but her greatest joys came from her family. She was born of fine Irish stock and always stood her ground. Mary enjoyed summers in LBI and travelling, particularly on several jaunts to Ireland. She is survived by her daughters, Cathy Simon (Jeff), Jeanne McCarney (Joe), Eileen Sheldon (Tim); her sons Ed (Tracey), and Kevin (Patricia); her grandchildren, Amanda, Brad, Morgan, Trevor, Madison, Cassidy, Jack and Declan. Mary is also survived by her sister Eileen Donnelly and brother Joseph McQuade. She was predeceased by her loving husband Jack and her brother Francis McQuade. She will be missed by all who knew her. Mary had lived at Tappan Zee Manor for the last 4 ½ years. She is also survived by her unceasingly dedicated live in care taker and companion, Dorothy Cornie. We would also like to thank LaToya and Raquel for taking care of Mom when Dorothy was at home visiting her family. Thank you to all the staff at Tappan Zee Manor for making a home for Mom in her final years. Family will receive friends on Wednesday, January 18, 2023 from 4 PM – 8 PM at Higgins Funeral Home in New City, NY. Mass of Christian Burial will be held on Thursday, January 19th, 10am, at St. Francis of Assisi Church, West Nyack, followed by interment at St. Anthony’s Cemetery, Nanuet, NY. In lieu of flowers, donations can be made by check in Mary Horan's name to; Tappan Zee Manor, 51 Mountainview Ave. Nyack, NY 10960
See more See Less

In Memory Of Mary A. Horan