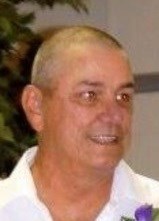 Benjamin Meyer, Jr., a longtime resident of New Iberia, passed away peacefully Tuesday, August 2, 2022 at Iberia Medical Center, with his loving wife Arlene at his side. At his passing he was 66. Benjamin was born September 14, 1955 in Elyria, Ohio to Audrey Borel Meyer and the late Benjamin Meyer, Sr. and was one of four children born to that union. He worked in the oilfield, most recently with Wyatt Compressor and Acadiana Supply. When not on the job, Benjamin, affectionately called Buddy by Arlene, spent his time outdoors and with friends. He was a true outdoorsman who enjoyed being on the water and wetting a line. He and his fishing buddy, Black Moreaux, had a favorite spot in Delcambre that brought great luck every time they fished it. He was also known to light a pit every once in a while and him and Jonathan Lopez made sure that the BBQ was the best. Arlene spoke of how much of a jokester, even “class clown” he was with such a playful and loving way about him. Buddy could bring a smile to anyone’s face. He and Arlene spent a great deal of time at the local car shows with his club the Bayou Country Cruisers, showing off their baby…a 77 corvette. And when they were ready for a good meal, they always seemed to end up at his great friend’s restaurant, Pearl House. Andy Sun and Tammy Ye, along with Buddys compadre, Jeffery were true friends and served the best food. Above all, Buddy will be remembered for his fun loving spirit and friendship towards others. His legacy will live on in the hearts of all who knew and loved him. Rest well for we will be reunited again one day. Those left to cherish his memory are his loving wife of 30 years, Arlene LeBlanc Meyer; his daughter, Braidi Jo Nasa (Ikka); his mother, Audrey Borel Meyer; his brothers, Barry Meyer and Jamie Meyer (Debbie); and a host of nieces, nephews and great nieces and nephews. He was preceded in death by his father Benjamin Meyer, Sr.; and his sister, Sharon Reaux. Those wishing to express their condolences and memories of Benjamin may do so by visiting his memorial page at www.evangelinenewiberia.com Evangeline Funeral Home of New Iberia is in charge of arrangements.
See more See Less

In Memory Of Benjamin Meyer Jr.