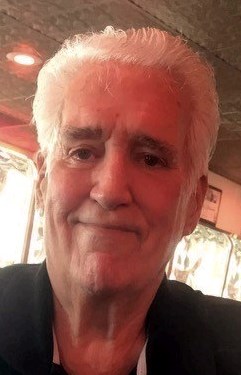 RYNELLA- A Mass of Christian Burial will be held on Saturday, January 21, 2023 at 11:00 am at St. Marcellus Catholic Church for Ronald “Ronny” “Pop” Francis Clark, 81. Fr. James Nguyen will be the celebrant for the Mass. Interment will follow at Holy Family Mausoleum with military honors. The family is requesting visiting hours at Evangeline Funeral Home on Friday, January 20, 2023 from 4:00 pm until 9:00 pm. A rosary will be prayed at 6:30 pm Friday by the Knights of Columbus # 7050 members. The funeral home will reopen on Saturday at 8:00 am until 10:30 am. Ronny was born in Weeks Island on January 29, 1941, to the late Francis and Sophie Broussard Clark. He passed away on Monday, January 16, 2023 at his residence surrounded by his loving family. Ronny was a loving husband, father, grandfather and great grandfather, a devout catholic and a Vietnam Veteran. After serving his country honorably in the US Navy during the Vietnam War he was employed at Cargill Salt Mine and then went on to work at Halliburton for 27 years as a Bulk Plant Operator. Ronny was a member of the VFW Post #1982, KC Council #7050 the American Legion #395 and St. Marcellus Catholic Church. His hobbies included spending time outdoors, carpentry and wood working and staying active as a volunteer. He spent many hours at the VFW Hall, cooking and running the Bingo, served as the commander for 2 years and cooked meals for the Honor Guard. His love for family and country were undeniable and he will be remembered by his family as a true gentleman. Left to cherish his memory include his wife of 20 years, Barbara Gary Clark; children, Ronald Jude “Rusty” Clark and Tracy; Jimmy Watson, Michelle Watson, Don Romero and Sherri Chatelain and Pam Romero and Jerry Sewell; his grandchildren, Elizabeth “Liz” Clark; Emma Clark; Aiden Clark; Melanie Byrne and Brady; Paige Romero; Don L. “Bubba” Romero, II and Maria; Alex “T-Nam” Romero; Tristin Sewell; Aidan Chatelain and Morgan Chatelain; great grandchildren, Amelia Romero; Baby Don Romero, III due in March; Brielle Byrne and Beau Byrne and one sister, Alice Baranco and Timothy. Along with his parents he is preceded in death by one brother, Neil Clark and his godmother, Ledee Butler. Honored to serve as pallbearers are Ronald Jude “Rusty” Clark, Don Romero, Don Romero, II, Alex Romero, Tim Baranco and Jerry Sewell. His grandchildren, nieces and nephews will serve as honorary pallbearers. Memorial donations may be made in his name to Hospice of Acadiana, 2600 Johnston Street, Suite 200, Lafayette, LA 70503. To view the on-line obituary and sign the online guest register, please visit www.evangelinefuneralhome.com. Evangeline Funeral Home of New Iberia is in charge of arrangements.
See more See Less