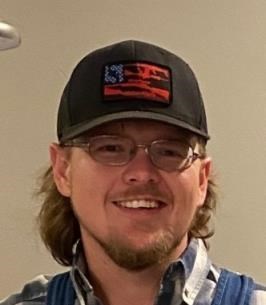 Dakota James ‘Cooter’ Edwards, 25, of Hodges, passed away September 22, 2022. He was born in Morristown, TN to Vivian Kitts Smith and Gregory Edwards. Cooter, as he was affectionately known, graduated from Abbeville High School, Class of 2014. He graduated from Piedmont Technical College with a degree in HVAC-R and earned a Mechanical Contracting license from the state of South Carolina. Dakota was the owner of Edwards Mechanical of Hodges. An avid outdoorsman, he enjoyed hunting, fishing and taking care of animals, especially his dogs. Dakota was a member of New Bethel Missionary Baptist Church in Tazewell, TN. Dakota was preceded by his grandmother Blanche Barnard of Tazewell, TN. He is survived by his mother, Vivian Smith of Tazewell, TN; his father Gregory Edwards of Jonesville, VA; his stepfather, Eric Smith of Calhoun Falls, SC; two daughters, Attison Lillie Edwards and Macey Gail Edwards of Greenwood, SC; fiancée, Ashlyn Gordon of Hodges, SC; his sister Natasha and husband Roger Smith of Greenwood, SC; his sister Ashley and husband Reid Parker of Tazewell, TN; paternal grandparents, Jack and Faye Edwards of Jonesville, VA and a special nephew Bentley Wheeler Riggs of Greenwood, SC. The family will receive friends Tuesday September 27, 2022 from 6 until 8 PM at Coffey Funeral Home. The funeral service will be Wednesday September 28, 2022 at 11 AM in the Coffey Funeral Home chapel. A graveside service will follow in the Singleton-Bend Cemetery. Minister: Rev. Frank Bolden Singer: Brenda Bolden Pallbearers: Bentley Riggs, Dylan Perdue, Clyde Gordon, Roger Smith, Marvin Barnard, and Leonard Barnard
See more See Less

In Memory Of Dakota James Edwards

The family will receive friends at Coffey Funeral Home