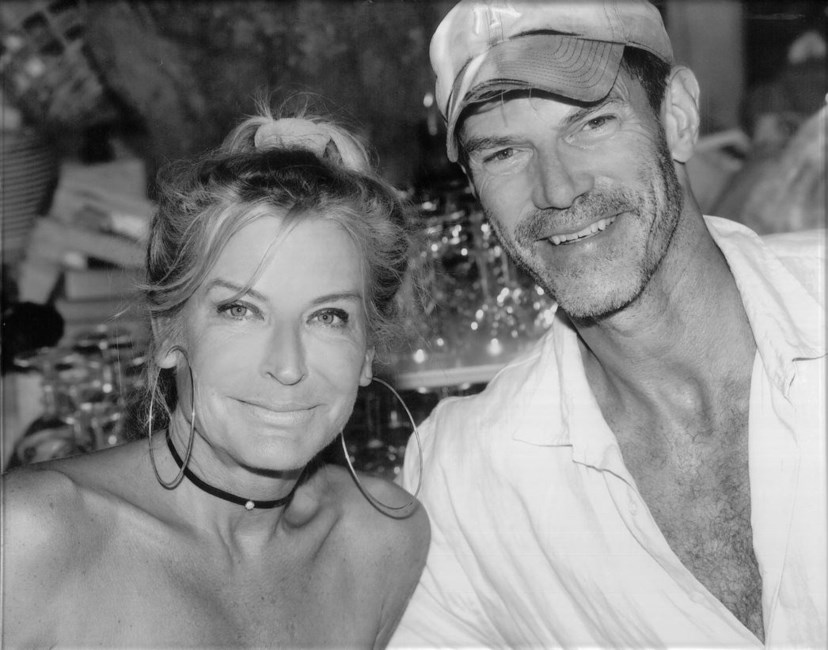 Christian L. Pompa - A lifelong resident of New York City passed away suddenly and unexpectedly on September 5, 2022 at the age of 58. Christian ("Chris") was born on March 27, 1964. He was the youngest of the two of Barbara and Sam Pompa's children. Raised on Manhattan's Upper East Side, Chris attended Trinity School, Phillips Exeter Academy, graduated Princeton University and would go on to earn a master's degree in Real Estate Development from New York University. While at Princeton, Chris majored in economics, was a member of The Ivy Club and crewed all four years on their heavyweight rowing team. Upon graduation, Chris worked side by side with his father Sam at Caro Enterprises. Caro Enterprises recently celebrated 60+ years of being a family business in the building and managing of some of New York City's finest real estate. Chris would remain as President of Caro up until his passing. A naturally gifted athlete with an inquisitive intellect, a gracious and gentle warmth in tandem with a gregarious personality, endeared Chris to a broad array of friends over the course of his lifetime and he was beloved by many for his infectious energy, deep loyalty and consistent generosity. Global travel and epicurean pursuits were passions of Chris and his lovely and beautiful family of wife Elizabeth and their two children Aidan and Charlotte. Whether it was a restaurant in Manhattan, Brooklyn, Southampton, Grand Cayman, Rome, Paris, Cordoba or London, Chris and Elizabeth - undeterred by COVID lockdowns and always adding copious amounts of peperoncino to any meal - became fast and familiar friends with the establishment's owner, chef, waitstaff and bartender who would invariably reserve the restaurant's front table for them. Chris's love of athletics was evidenced by his completing several New York City Marathons, numerous Triathlons which included the Escape from Alcatraz and several Head of the Charles races along with his lifetime membership in the New York Athletic Club (where he once won the annual all-around athlete competition) and being a member of Winged Foot Golf Club, as well as Hempstead Golf & Country Club. He passed on his love of athletics, particularly crew, to his two children, and also enjoyed traveling with with family to major league ballparks throughout the country. It was quite appropriate that Chris's last weeks were spent out on Eastern Long Island celebrating an extended 25th wedding anniversary enjoying the company of family and close friends. Quoting one of his closest friends "though Christian always had a great time with friends, he always insisted his friends were having more fun than he was." Chris is survived by his wife, Elizabeth, their two children Aidan and Charlotte, his father Sam Pompa, his sister Renata Pompa Broderick, brother-in-law Donald Broderick and niece Sabrina Broderick. He is predeceased by, and is now reunited with his loving mother Barbara. Funeral Services will be held on Tuesday, September 13th at 1:30pm at Frank E. Campbell The Funeral Chapel located at 1076 Madison Avenue New York, New York 10028
See more See Less

In Memory Of Christian Lawrence Pompa