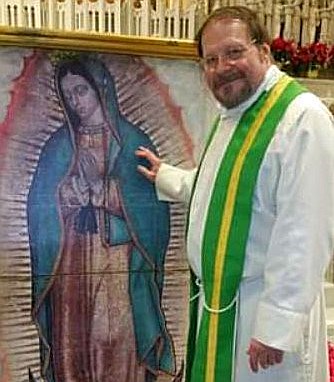 Rev. Kazimierz Apolimary Kowalski, age 69, of New York, New York passed away on Monday, October 4, 2021. Kazimierz was born February 18, 1952 shortly after their arrival to New York with his sister Angela. His brother Henry was born two years later. He was baptized on April 19th, 1952 at the church of St. Stanislaus, New York. He graduated Trinity Lutheran School in Long Island City (1966), attended Martin Luther High School in Maspeth (1970); Concordia University, (Teachers College) River Forest, Illinois (1974) B.A.; Andover-Newton Theological School Boston Massachusetts (1976) M. Div. He was ordained a Lutheran Minister on Christ the King 1978. He served as Pastor at Trinity Lutheran Church, Long Island City (1978-1983) and the Pastor of Epiphany Lutheran Church in Laurelton (1983-1987). He was received into the Roman Catholic Church on the Feast of the Annunciation 1987 by Fr. Benedict Groeschel, C.F.R. and confirmed by John Cardinal O'Connor. After a year of transition and philosophy study at the Saint John Neuman Residence, he completed his studies and formation for the priesthood at St. Joseph's Seminary in Dunwoodie, Yonkers (1991) M.A. in Dogma. He was ordained to the priesthood at St. Patrick's Cathedral by John Cardinal O'Connor on May 11th, 1991. He served as Parochial Vicar at St. Joseph's of Yorkville (1993-1995);he was temporary Administrator at St. Francis Newburg (1995-1996) and St. Agnes in Manhattan (1996-2003). He was pastor at Our Lady of Good Counsel Church (2003-2015). Since St. Joseph's Seminary, he engaged in apostolic work with courage, assisting as a chapter coordinator and member of Courage's Board of Advisors. Throughout his priesthood, Fr. Kowalski was keenly interested in promoting the Pro-Life Movement and was on the board of the Human Life Foundation. He was a member of the Cathedral of St. Patrick Committee for the Shrine of our Lady of Czestochowa.
See more See Less