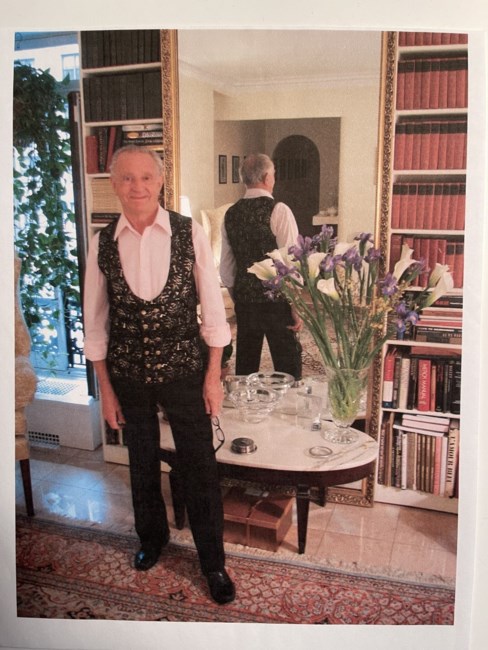 Leslie ‘DUCKY’ Copeland, Beloved Former NYC Ballet Wardrobe Supervisor, Dies at 94 Affectionately known as Ducky, a moniker bestowed upon him by Nora Kaye, in Casablanca, during his first international tour with American Ballet Theatre. At the end of that four-month tour, Lucia Chase, the co-founder of ABT, invited Ducky to work a three-week engagement at the old Met Opera House in New York. The Monday after closing night, company manager, Jeannot Cerrone, invited Ducky for lunch at The Carnegie Tavern. He had no idea he would be joined by two others, George Balanchine and George Bardyguine. Jeannot had told Mr. B that Ducky was looking for work. Mr. B said, “Why don’t you come work for me?” He was hired as a dresser and tailor, for a year. The following year, he became Wardrobe Supervisor of the men and women of NYCB. His career at New York City Ballet spanned from 1958 – 2005. Ducky was sponsored by Lincoln Kirstein to become a U.S. citizen. After having been demobbed from The Royal Navy and before moving to America, Ducky worked for the BBC and London Festival Ballet under Alicia Markova and Anton Dolin. In addition, he worked for Rebekkah Harkness, Jerome Robbins’ Ballets U.S.A. and Good Morning America with Joan Lunden and David Hartman. Ducky was with NYC Ballet when they performed Stars and Stripes at Madison Square Garden for JFK’s 45th birthday, the night of the legendary ‘Happy Birthday, Mr. President’ sung by Marilyn Monroe. Ducky was born in Featherstone, West Yorkshire, England in 1927. He died at home in Manhattan of age-related illnesses on Tuesday, January 18, 2022. He is survived by family who emigrated to New Zealand and his companion of 47 years here in New York.
See more See Less

In Memory Of Leslie Copeland