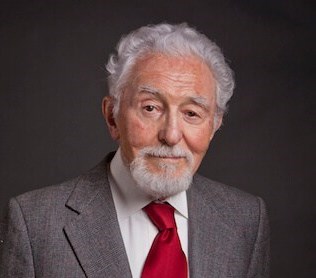 Dr. Norman Orentreich, widely regarded as the father of dermatologic cosmetic surgery, died on Wednesday January 23, 2019 at his home in New York City. He was the first president of the American Society for Dermatologic Surgery. Dr. Norman Orentreich's pioneering work led to the discovery that male pattern baldness could be successfully treated by hair transplantation. In addition, he advanced the technique of dermabrasion as a method for treating facial acne scarring and aging skin. Dr. Orentreich was also one of the first to work with fillers for the correction of facial tissue loss. Norman Orentreich was born in New York City to immigrant parents in 1922. He attended Stuyvesant High School in Manhattan followed by City College of New York where he majored in chemistry and biology and received a Bachelor of Science degree. From 1943 to 1945 he served in the United States Navy Medical Corps. He went on to study at the New York University College of Medicine where he graduated Alpha Omega Alpha. From 1950-1953 he attended the New York University Post-Graduate Medical School's Skin and Cancer Unit. While at NYU's Skin and Cancer Hospital, he conducted research to understand the causes of the different types of hair loss. Having established the principle of donor-recipient dominance, he recognized that it was possible to treat common male pattern hair loss by transplanting hair follicles from permanently growing areas to balding areas. After completing his residency in dermatology, he joined the practice of Dr. Abner Kurtin on Fifth Avenue. Following the passing of Dr. Kurtin in 1956, Dr. Orentreich established the Orentreich Medical Group at 909 Fifth Avenue. In the late 1950s, Dr. Orentreich pioneered the use of newly introduced intralesional corticosteroids to treat such common conditions as alopecia areata, psoriasis, keloid scars, and acne. He also worked on the development of Head and Shoulders Shampoo™ for Proctor & Gamble, which was introduced in 1961 and became the number one selling shampoo in the world. His accomplishments brought him to the attention of Leonard Lauder, son of Estee Lauder, who enlisted him, and Carol Philips, the Beauty Editor of Vogue magazine, in an endeavor that culminated in the creation of Clinique. Clinique launched in 1967 and was the first cosmetics line to address skin care. The 3-step prescription for achieving healthy skin (Cleanse, Tone, Moisturize), devised by Dr. Orentreich for Clinique, became a global industry standard. In the mid-1970s, he developed and patented the Buf-Puf ™, a washable exfoliating sponge used to treat acne and maintain healthy skin. Dr. Orentreich also had entrepreneurial talents: he partnered with his childhood friend, Milton Cooper, and business associate, Martin Kimmel, to create Kimco Realty Corporation, a real estate investment trust that is one of North America's largest publically traded owners and operators of open-air shopping centers. Dr. Orentreich's lifelong interest in biomedical research led him to establish the Orentreich Foundation for the Advancement of Science in 1961, located in Cold Spring in the Hudson Valley, NY. At present, the research activities are focused on nutrition and aging. Dr. Orentreich was married for 67 years to his devoted wife, Roslyn, who died in 2013. He is survived by a son, David, two daughters, Catherine and Sari, and four grandchildren, Nicholas, Jeremy, Ariane, and Eric. He is also survived by son-in-law, Michael, and daughter-in-law, Marina. Two of Dr. Orentreich's children, Catherine and David, are dermatologists who currently practice in the medical group he founded. The Norman Orentreich M.D., Professor of Dermatology Research Chair at the Mount Sinai Medical Center was established in 2014 by the Orentreich Family Foundation to honor Dr. Orentreich and his enduring legacy in science and medicine.
See more See Less

In Memory Of Norman Orentreich MD