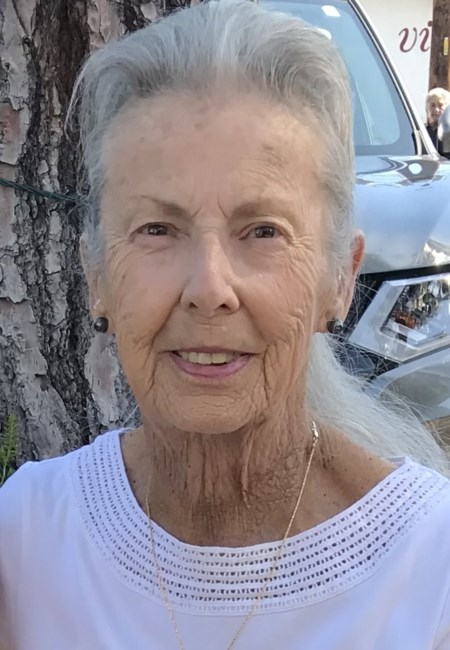 Hannah Mae Coleman (née Williams), known to friends as Anne, passed away in Quartz Hill, California on April 25,2022 at the age of 82, following a third - yet unexpected - diagnosis of cancer. Anne was born June 9, 1939 in Wilkes-Barre, Pennsylvania to Robert James and Hannah Mae (Powell) Williams. As the daughter of a USAF master sergeant, she spent much of her childhood moving about the country; she recalled with fondness the time spent with her family in Alaska and Edwards AFB in California. She graduated nursing school through a joint Methodist Hospital/University of Pennsylvania program, then later attended Oregon State University. Her career began as an O.R. nurse, yet while the rest of her professional time was primarily dedicated to being a hospital nursing supervisor, she loved to pick up extra shifts in the post-partum unit where she could joyfully help new mothers with their babies. She met her husband, Delmar Dean ("Del") Coleman, in the Canyon Country area of Santa Clarita, California, after being introduced by her parents and his brother; they were married on July 2nd, 1965 at the United Methodist Church in Saugus (Santa Clarita) - where she also became stepmother to her daughter Brenda. They eventually welcomed their second daughter Lisa and son Kevin to the family via the blessing of adoption - then remained in Canyon Country for almost 30 years before moving to the beach in Oxnard. After Del passed away, she moved to Quartz Hill, where she lived with her family...enjoying beautiful views from her bedroom window of the snow-kissed hills in the winter and lush fields of poppies each spring. She loved vacations (especially Las Vegas and Hawaii), shopping and dining frequently, Egyptian history and culture, animals (especially dogs, birds, and otters), watching Pittsburgh Steelers and Chargers football games to keep up with her son and grandchildren's interests, bowling, playing Mahjongg on her computer, and could always be found with a book or crossword puzzle nearby. She will be dearly missed by her family for her gentle love, kindness, and never-ending devotion. Anne is survived by her daughter Lisa Marie (Coleman) Wright, son Kevin Dean Coleman, stepdaughter Brenda Jean (Coleman) Whitener, and son-in-law Robert Alan Wright; grandchildren Christopher Wright, Sean Wright and his wife Genevieve, Victoria Wright, Keira Wright, Tyler Coleman and his wife Dana, Nicole Coleman and her partner Carlos Serratos, Brooklyn Coleman, Evan Williams, Timothy Lindholm, Allison Cucolo, and Kevin's stepdaughters Justice, Jade (with her beautiful baby Amelia), and Julie; great grandchildren Dustin Wright (with his mother Ashley Christy), Landon Lindholm, and Candice Lindholm; brother Robert John Williams, sister-in-law Maria Williams, niece Terri Lee (Williams) Gibson-Riley (with her children Veronica and Cameron Gibson), nephew Robert John Williams, Jr, cousin Nancy Smallcomb (with her daughter Doris Ann Medina), and her beloved Chihuahua Tiny. She will be laid to rest beside her husband in the Veterans' Garden at Eternal Valley Memorial Park on Tuesday, May 17th, 2022 in Santa Clarita, California. In lieu of flowers, it was her wish that donations be made to St. Jude Children's Research Hospital or Shriners Hospitals for Children.
See more See Less

In Memory Of Hannah Mae Coleman