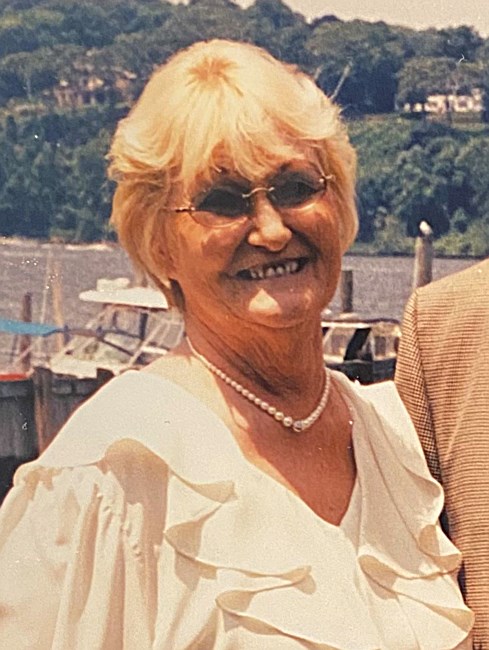 Janet P. Hildebrant, 87, of Green Township, died Wednesday, May 4, 2022, at Barn Hill Care Center in Newton, NJ Janet was born and raised in Maplewood, NJ. She was a factory worker for Ja-Bar in Andover for many years prior to her retirement. Janet enjoyed painting and was an excellent cook. She loved animals and was an avid NY Yankees fan. Janet was predeceased by her parents, William and Sue Patterson; her twin sister, Joyce Long; and her half-sisters, Rose Anderson and Blanche Mercier. She is survived by her children, Charles Hildebrant and wife, Deborah, Mark Hildebrant and wife, Susan, Robin Gorrell and husband, Glenn, Dawn Butler and husband, Charles, Scott Hildebrant and wife, Susan, and Todd Hildebrant; 7 grandchildren; 5 great-grandchildren; her sister, June Fine and husband, Frank; and her longtime companion, Raymond Mooney A Graveside service will be held at 11:30 am on Monday, May 9, 2022 at Yellow Frame Cemetery, 1 Yellow Frame Rd, Newton, NJ. Arrangements are under the direction of Smith-McCracken Funeral Home, Newton, NJ. Online condolences may be offered at www.smithmccrackenfuneralhome.com. In lieu of flowers, memorial donations may be made in Janet’s memory to an animal shelter of your choice.
See more See Less

In Memory Of Janet P. Hildebrant