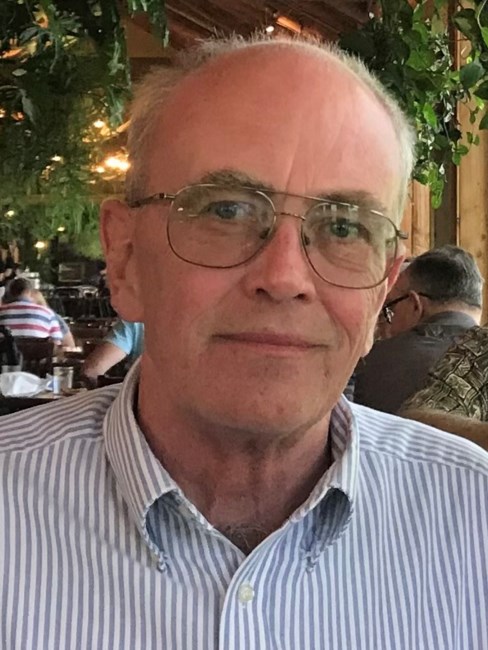 NEWTON - It is with great sadness that the family of John Cullen announce his passing on January 16th after a long and courageous battle with cancer. John was born and raised in St. Louis, MO where he attended DeSmet Jesuit High School although he quickly found his true family and home when he moved to New Jersey as a young adult. He had a keen interest in anything aeronautical, pyrotechnic, or sports-related. John was a dedicated fan of the St. Louis Blues, St. Louis Cardinals, and the NY Yankees. In his spare time he enjoyed golfing and spending time with his family. John was the ultimate cook and BBQ master and could make an excellent cocktail. He especially enjoyed spending time with his many friends at Bud’s Pub after a long daily commute. Upon moving to New Jersey in 1986, John became a licensed real estate appraiser and worked in that field for a decade. Pursuing his interest in law, he later attended Fairleigh Dickinson University paralegal studies program and graduated with honors. John’s legal career spanned 25 years at Epstein, Becker & Green’s Newark office, where he was a steadfast and loyal employee valued for his wealth of knowledge and amicable personality. He treasured the many friends he made while working there. John leaves behind in sorrow his loving wife Kathleen, son Michael, and daughter Amy, together with son-in-law Steven and beautiful granddaughter Brielle. John is also survived by his in-laws: Maureen, Michael (Korey), Patrick (Michele), nephew Timothy, nieces Colleen and Alecia; and his St. Louis sisters Catherine, Meghan and Bridget. John was predeceased by his parents, John Sr. and Catherine, his beloved brother Joe and sister Annmarie. In addition, he was predeceased by his dear mother-in-law Selma Rooney and his uncle (Rev.) John Ditenhafer who both kindly advised and guided John throughout his life. Per John's wishes, there will be no formal services. In the spring, during baseball season, a celebration of life will be held to include all of John's favorite things. " Go Cardinals"
See more See Less

In Memory Of John Michael Cullen