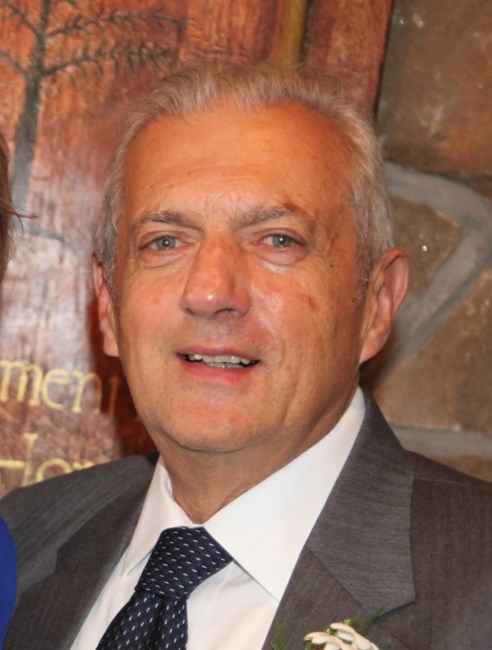 LAWRENCE J. DOMONKOS The beloved husband, father, grandfather and teacher, Lawrence "Larry" James Domonkos, 79, of Cranberry Lake passed away peacefully at home, surrounded by family and friends of more than 50 years, following complications from hairy cell leukemia. With reverence and with song he was carried to Heaven on January 15, 2022, with his favorite Shaker hymn, "Simple Gifts", sung by all as he breathed his last. Although his illness covered a period of more than two decades, he was forever courageous and hopeful; although, as he would sometimes admit, he was "used to suffering". Most recently, Larry participated in multiple protocols at the National Institutes of Health, Bethesda, MD from 2014-2021 under the guidance of Dr. Robert Kreitman. Son of the late Catherine (Guzzino) and Rudolph G. Domonkos, Larry was born on June 22, 1942 in Newark, NJ, and was raised in Jacksonville, FL. He graduated from Englewood High School, class of 1960. Deciding to devote his life to teaching, he received his undergraduate degree from Stetson University (DeLand, FL) and received his Masters in Reading from Jacksonville University. He returned to New Jersey to be with his grandparents and extended family, moving to Cranberry Lake in Byram Township in 1968. Larry served proudly in the U.S. Naval Reserves, stationed at NAS Lakehurst from 1965 to 1971. The "wonderful Mr. D" taught 5th and 6th grade for 44 years, with the majority of those years at Sparta Alpine and Sparta Mohawk Avenue schools. He retired in 2010. He was a passionate educator, known for creative and engaging projects such as tapping maple trees for syrup and making root beer. He was a mentor to many and a friend to all. An engaging storyteller, Larry was known for "doing everything" for family and friends. Everyone he met became a friend instantaneously and he treated all with compassion and respect. He was a loyal, generous friend to many, and others were drawn to him for his wisdom and wit. He had no vices. Larry was passionate about his family, teaching, entertaining friends at home at Cranberry Lake, genealogy, car rides in the Rosiemobile, opera, bicycling, American history, and visiting national parks. He was a devout Roman Catholic and was one of the original parishioners of Good Shepherd RC Church in Andover. Reflecting his love of historical preservation, Larry was a member of multiple historical societies including the White Water Shaker Village, Harrison, OH. Larry leaves his beloved wife of 37 years, Martha, his children Emily (Michael) Passaretti, and David (Kimberly) and three grandchildren, Lydia and Theodore Passaretti and Mattie Rose Domonkos, brother Gerald (Gloria), two nephews, and many cousins. A public Celebration of Life for Mr. D will be arranged for a future date. Donations can be made in Larry's name, in lieu of flowers, to either Save Our Bridge Inc at saveourbridge.net/donate or to the historical society of your choice.
See more See Less

In Memory Of Lawrence James Domonkos