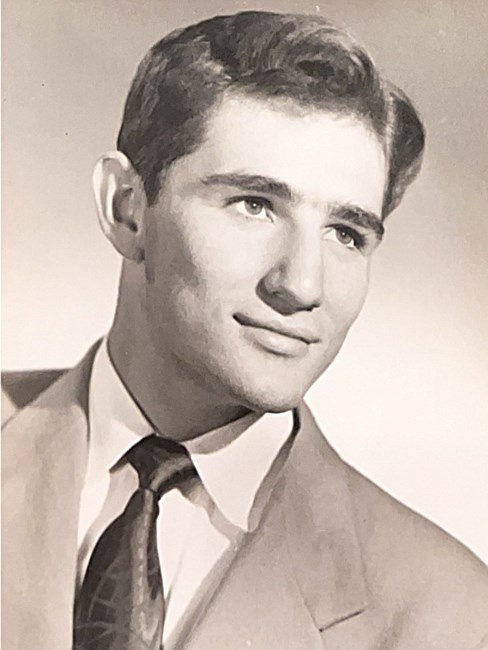 Louis “Lou” N. Esposito, Sr., 89, of Byram Township, died Monday, August 1, 2022, at Newton Medical Center surrounded by his family. Lou was born in Netcong, NJ, attended Netcong High School and earned a Bachelor of Arts from Moravian College. He and his wife Dolores raised their 5 children on their farm in Byram Township. Lou enjoyed a 50-year career as a Manufacturer’s Representative for Jostens Yearbook Company retiring in 2004. Lou loved photography, travelling and working on projects around the farm. He especially enjoyed spending time with his family. Lou was an incredible husband, loving father, grandfather, and great-grandfather, a mentor to many and a friend to all. He was an inspiration and positive influence to so many people throughout his life and career. Lou was predeceased by his parents, Michael and Ruby (DiTommaso) Esposito; his wife, Dolores Esposito; and his daughter, Wendy Esposito. He is survived by four children, Mark L. Esposito and wife, Faith, Melissa Mohen, Jennifer Ann Esposito, Lou Esposito, Jr. and wife, Kathleen; his grandchildren, Nick Esposito and wife, Lauren, Chance Esposito, Reed Esposito and wife, Elizabeth, Katherine Crafts and husband, Nick, Colleen Mohen, Shannon Mohen, Hunter Brown, Nick Esposito, Ruby Esposito, Cosmo Esposito and Mac Esposito; and his great-grandchildren, Mia and Murdoch Esposito, Virginia and Finn Crafts, and Teddy and Marcus Mohen. Visitation will be held from 5 to 8 pm on Thursday, August 4, 2022 and from 10 to 11 am on Friday, August 5, 2022, at Smith-McCracken Funeral Home, 63 High St, Newton, NJ. Funeral Services will be held at 11 am on Friday, August 5, 2022, at the funeral home, followed by entombment in St. Joseph Mausoleum, Route 206, Newton, NJ. Online condolences may be offered at www.smithmccrackenfuneralhome.com.
See more See Less