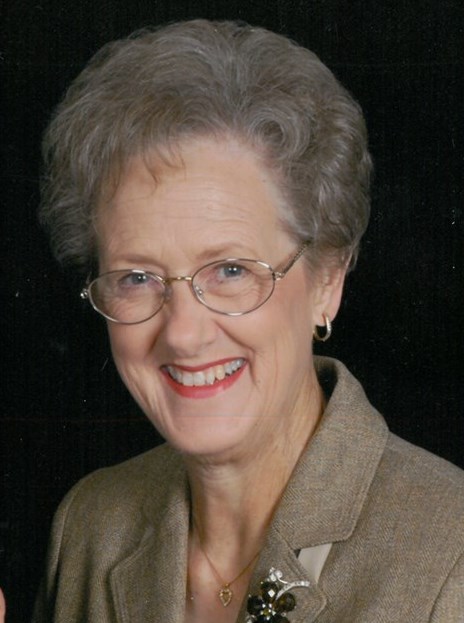 Patsy Howeth, 87, passed away at home in Norman, Oklahoma the morning of August 4, 2022. Patsy was born in Marmaduke, Arkansas to Robert and Tella Thomason. She went to school at Northern High School in Flint, Michigan. After graduating high school, she married James Lee and they had two sons, Michael James (Mike) and Stephen Lee. Patsy stayed in the home to raise her two sons through their high school years. Stephen died of cancer as a young teen and a year later James died from heart disease. After James’ death she began working as a bank administrative assistant. She worked in the banking industry in Flint and in Norman after moving to Oklahoma. In 1983 she met Calvin Howeth and they married in 1984. Patsy and Calvin enjoyed many years together until his death. Patsy enjoyed sewing, crafting, quilting, and baking cakes and cookies. She was always involved in church activities and teaching Bible classes, she always loved little children. She was known as Aunt Pat by many adoring nephews and nieces. Patsy was a member of the Southwest Church of Christ Quilting Group in South Oklahoma City and cherished her time with those women. She especially loved Christmas and was known for sewing or crafting Christmas gifts for her family. One year she even made dolls of each family member to decorate the Christmas tree. Patsy also enjoyed travel. Her favorite trips were to Austria with her sister-in-law, and later to Alaska and Hawaii with Calvin. She deeply loved and cherished her family, and was devoted to her church family as well. She is preceded in death by James Lee, Calvin Howeth, her parents, her son Stephen, her sister and brother-in law, Melba and Tom. Left to cherish her precious memory are her son Mike and wife Billeta, her brother Bill and wife Jill, her sister Lou Ann and husband Jerry, her grandchildren through Mike and Billeta, Rachael and husband Matt and their daughters Vivian and Eliza, Michael Justin and wife Elizabeth, Calvin’s four children and their spouses, daughter Marie and husband James, son Richard and wife Linda Jo, daughter Linda and husband Danny, daughter Cheryl and husband William, and Calvin’s numerous grandchildren and great grandchildren whom she loved as if they were her own. Patsy will have visitation on Tuesday, August 9, 2022 at Primrose Funeral Service in Norman, Oklahoma from 4:00PM to 8:00PM. Her burial will take place at Sunset Hills Cemetery in Flint, Michigan. In lieu of flowers, please make donations to the Alzheimer’s Association.
See more See Less

In Memory Of Patsy Sue Howeth