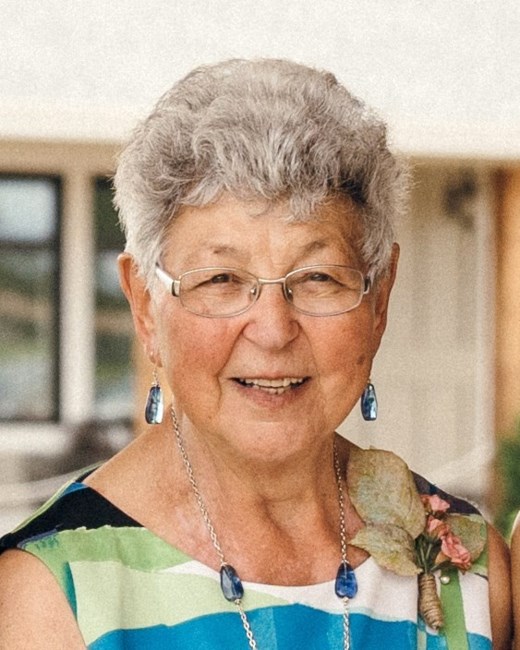 Nevenka Byl Obituary Nevenka (Nena) Byl passed away unexpectedly on January 13, 2023 at Bels Care Home in North Battleford, Saskatchewan. Nena was born in Zagreb, Croatia on December 14, 1933 to Josipa and Ivan Krnić, two years after her brother Veljko (John). The early years were hard in Zagreb but the family eked out a living as best they could. Mom was a very active and adventurous young girl and got her fair share of scrapes and bruises. War came to Croatia in April 1941 and shortly thereafter the country was under German occupation. As an eight year old Mom and her family endured untold hardships but managed to survive. Her adventurous streak would continue as she grew up. At sixteen she decided she wanted to dance and joined LADO, the Folk Dance Ensemble of Croatia. She was the youngest dancer in the troupe and toured throughout Europe performing in England, Germany and many other venues. It’s likely that during her time with LADO she came to the conclusion that life under a Communist regime was not for her. In 1951, while performing in the city of Trieste, Italy, Mom and three other members of the group slipped away from their dorm and made their way to a refugee camp. All they had were the clothes they were wearing and a small suitcase each. After a time in Trieste and another camp in Germany, Mom immigrated to Canada and arrived at Pier 21 in Halifax. She made her way to Toronto where she was able to find employment as an Elevator Girl in the Royal York Hotel. While living in a boarding house she met a handsome young man from the Netherlands, Benjamin. They were married on May 15, 1954 and over the next ten years had a family of three sons, Brian, Dennis, Allen and a daughter, Katarina (Kathy). In 1957 they moved to the Ottawa-Hull area. For many years every spring Dad’s work would take him to Northern Quebec and Labrador and he would return in the fall. For six months a year Mom took care of four children, the dog and the household by herself. It was very tough but she never complained. In 1968 the family moved to La Ronge where she kept busy volunteering with the United Church, Cubs, Saskatchewan Summer Games and many other community organizations. Mom and Dad built a log cabin on Freeman Island where they spent many days enjoying the “island life” and the wonderful views from the cabin deck. Mom enjoyed the company of others and was always active, whether hiking, canoeing cross-country skiing or swimming. In 2000 Nena and Ben moved to Meota, Saskatchewan where they lived next to Jackfish Lake. Mom was always busy in her garden and was very proud of her green thumb and abundant flowers. She loved to sing and was an enthusiastic member of the Gallery Singers who performed at many concerts throughout the region. Sadly, in early 2020 Mom broke her hip and had to relocate to a Private Care Home in North Battleford. She resided there until her passing. We are eternally grateful for the dignity and care provided by the staff at Bels Care Home during her last years. Nena is survived by her children Brian (Maggie), Dennis (Linda), Allen (Leanne) and Kathy (John), grandchildren Michela (Quinn), Garrett (Baylee), Danielle, Caitlin, Jocelyn (James), Lucas, Aaron (Dayle), Jesse, and Benjamin. Also grieving the loss of Nena are many close nieces, nephews and their families. Nena was predeceased by Ben, her husband of 67 years, parents Josipa Sajder and Ivan Krnić, brother Veljko (John) Krnich. A service will be held at 1 pm on Saturday January 28 at Sallows and McDonald - Wilson and Zehner Funeral Home, 1271 – 103 Street, North Battleford, SK. If you so desire, donations in Nena’s name can be made to a charity of your choice. Fond memories and expressions of sympathy may be shared at www.SallowsandMcDonaldFuneralHome.com for the Byl family.
See more See Less

In Memory Of Nevenka Byl