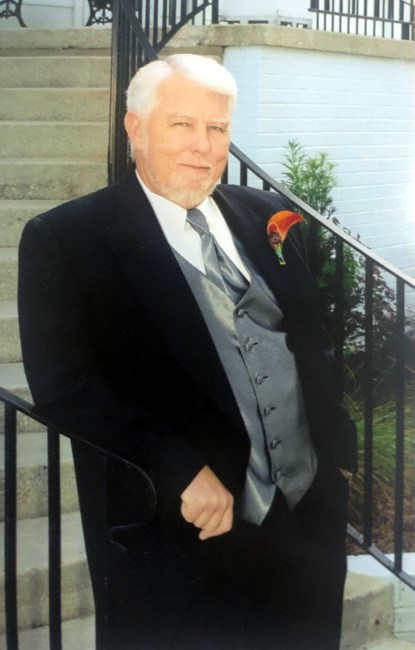 On January 23, 2023, Claude Edwin Bentley, Jr., passed away after a long battle with Alzheimer’s. Ed was born on April 9, 1947, in Columbus, Georgia. He was the son of the late Claude E. Bentley Sr., and Jean Moore Bentley. He was predeceased by his son, Claude E. Bentley, III, and his beloved sister, Deborah Bentley Gillette. Ed graduated from North Charleston High School (class of 1965) and was a member of the founding class of the Baptist College which is now known as Charleston Southern University. After graduating from college with a degree in Biology, he joined the United States Army. Following his departure from the Army, Ed worked for the Bank of North Charleston and then joined Tri-County Concrete. Tri-County Concrete would later be purchased by a Danish company named Unicon. Ed was promoted to President and would lead Unicon. After leaving Unicon, Ed opened his own concrete business, Newcon Concrete in Summerville. Ed would later sell Newcon, and returned to his true passion sales and providing excellent customer service before retiring. As an avid sportsman, Ed loved deep sea fishing. His son, Eddie, and his friend Chip, dubbed him the “Marlin Killer.” Ed also loved hunting turkey and deer. He was a member of the Wappaoola Bow Club. While hunting in Canada, he harvested his first bear. While serving in the U.S. Army in Washington state, he swore he had an encounter with Big Foot. Ed is survived by his wife, Claudia R. Bentley, his daughter Michelle Bentley (Fred M. Skipper, III), granddaughter Lane E. Bentley, his sister Theresa Beth Hairfield (Steven Hairfield), and his sister-in-law Jaquelyn R. Novak. He is also survived by his Boykin Spaniels, Beau and Coco, who were always by his side. Ed is survived by many nieces and nephews. Funeral arrangements are being handled by Carolina Memorial Funeral Home. The visitation is scheduled for Friday, January 27, from 2:00 pm to 3:00 pm. A service will follow the visitation at Carolina Memorial Funerals & Cremation, 7113 Rivers Ave., North Charleston, SC 29406. Following the service, a burial with military honors will take place at Carolina Memorial Gardens. Memorials can be made in his honor to the Alzheimer’s Association, attention Donor Services, 225 North Michigan Avenue, 17th Floor, Chicago, Illinois, 60601, or the Charleston Animal Society, 2455 Remount Road, North Charleston, SC 29410. Fond memories and expressions of sympathy may be shared at www.carolinamemorial.com for the Bentley family.
See more See Less

A Life Well Celebrated Service in the funeral home chapel