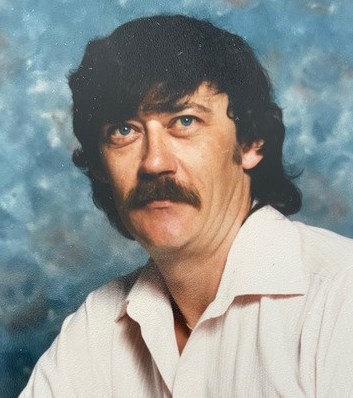 Derryl J Benton July 1, 1952 - January 21, 2023 Derryl Jerome Benton, 70, of Hanahan, SC passed away Saturday, January 21, 2023. Derryl was born July 1,1952 to Cecil and Irene Benton who are previously deceased. Derryl started his career at the Charleston Naval Shipyard in 1970. He started as a Boiler Maker and later worked his way up to a Quality Inspector for nuclear submarines. After the naval base in Charleston closed, Derryl finished out his career in Kings Bay, GA. He retired in 1997 with 27 years of service. In the late 1990’s, Derryl began working at Boeing North Charleston in the Wing Assembly Department. He retired from there July 1, 2017. Derryl also became a named York Rite Mason on October 24, 1992. Although he was not active upon his death, he was very proud of that honor. Derryl enjoyed life to the fullest. He was an avid golfer which led him to settle in the Eagle Landing community. He loved watching all sports but golfing was his favorite. Cruising was by far Derryl’s favorite pastime. If you knew Derryl, you knew he couldn’t wait to put on his flowery shirt and hear the song “Don’t Worry, Be Happy”. Some of his other interest were gardening, listening to country music and tinkering in his workshop. Most of all though, he loved spending time with his family. He loved his wife, Lillie, and made sure she knew that she was the most important person in his life. Even though Derryl had no children of his own, he loved his stepchildren and always let them know how much they meant to him. His granddaughters were truly the apples of his eyes. His heart was so full of love for his family. Derryl is survived by his loving wife of 37 years, Lillie R. Benton, his daughter Linda Yon (Curt), his sons Gary Campbell and Kevin Campbell (Cheryl), his granddaughters Danielle Yon (Jake) and McKenzie Yon. Derryl is predeceased by his parents, Cecil and Irene Benton and his brother Wayne Benton. Visitation for Derryl is Wednesday, January 25, 2023 at 5:00pm - 8:00pm. His service is Thursday, January 26, 2023 at 1:00pm. The burial will be immediately following the service. Both of these will be held at Carolina Memorial Funeral Home & Gardens, 7113 Rivers Avenue, North Charleston, SC. Fond memories and expressions of sympathy may be shared at www.carolinamemorial.com for the Benton family.
See more See Less

In Memory Of Derryl Jerome Benton