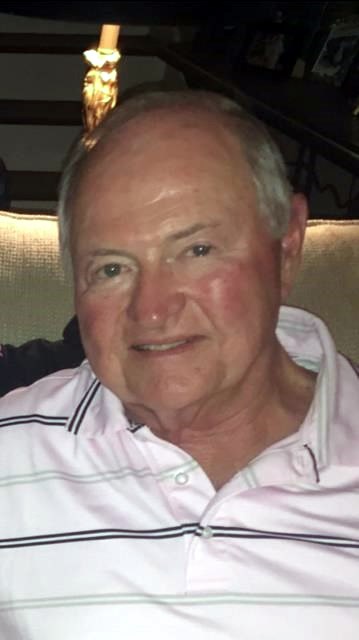 Jerry Parke Kelly, 78, passed away Monday, July 11, 2022, at his home in North Charleston. He is survived by his wife of 50 years, Carol Kelly, and his three loving daughters, Cherryl McGlynn (Jim), Christina Teahan (Tim), Shannon Butler (Jake) and six beautiful grandchildren, Chris Kirby, Chelsea Kirby, Alyssa Camp (Alex), Austin Teahan, Parker Teahan, and Seren Butler. He also left behind his niece and nephew Valerie and Stuart Smeltzly, as well as numerous cousins. Jerry was born and raised in Tallahassee, FL. In 1962 he graduated from Leon High School along with his best friend, Joe Myers. After high school, Jerry had the honor to serve in the National Guard, and later attended Florida State University where he received a BS degree in Business & Finance. While in school he worked at Capital City Second National Bank and later served as Executive Vice President of Commercial Lending at North Florida National Bank. In addition to banking, he sold real estate with Brokers Realty prior to opening his own brokerage office, JP Kelly Realty and Associates. From 1982-2005 he worked as the General Sales Manager/National Sales Manager/ Local Sales Manager for various TV affiliates and later became a managing partner of the local Warner Bros. television station in Charleston, SC as well as he and Carol owned the Money Mailer of Charleston franchise. Jerry loved sports. As a boy he played Pop Warner baseball. While in college he was a member of the tennis team and later became an avid golfer. He enjoyed fishing, snow skiing and watching and supporting his favorite football team – the Florida State Seminoles. Jerry was a member of the Greater Columbia Chamber of Commerce, a board member of the Myrtle Beach Better Business Bureau, an active member of the Myrtle Beach Rotary club, the Myrtle Beach Chamber of Commerce, & the National Kidney Foundation of South Carolina. Jerry was predeceased by his father, Parke Kelly, his mother Virginia Kelly and his sister Janice Smeltzly. A Celebration of Life will be held at Carolina Memorial Funerals & Cremation, 7113 Rivers Avenue, North Charleston, SC on Saturday, August 20, 2022 from 2:00 p.m to 4:00 pm.. The family requests donations be made in Jerry’s name to The Charleston Animal Society or a shelter of your choice, as this was a cause Jerry felt strongly about. Fond memories and expressions of sympathy may be shared at www.carolinamemorial.com for the Kelly family.
See more See Less

In Memory Of Jerry P Kelly