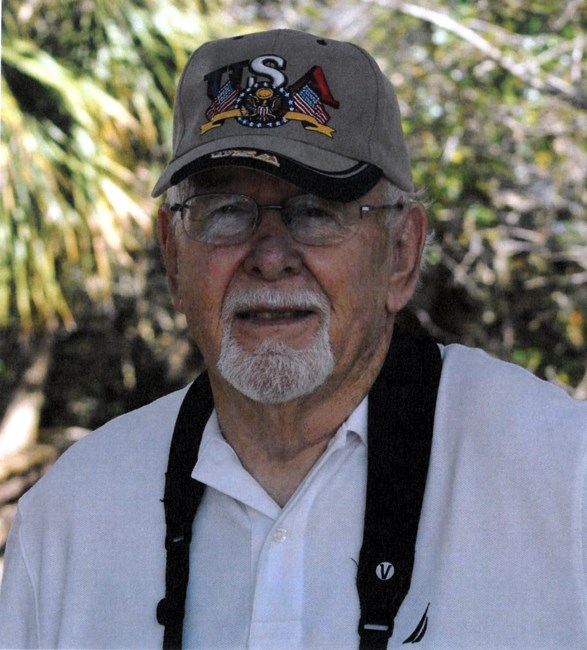 Robert “Bob” Yerbury Dana, of Boynton Beach, Florida, passed away peacefully in hospice on August 3, 2022. Bob was born in Davenport, Iowa on July 16, 1936, the son of Aloysius Dana and Irene (Bloom) Dana. He enlisted in the Navy at the age of 17 and served 3 years on the USS Stephen Potter DD 538. He then attended St. Ambrose University and Mexico City College where he earned his business degree. Bob is survived by his wife, Karin Dana; four children from his former wife Mary Healy: Renee M. Shrout (Ed Bienkowski); Mark Dana (Frances); Mary Lynn Stone (Bart); and Robert T. Dana (Tara) seven grandchildren: Michael (Jessi); Stephen (Lindsey); Matthew, Joshua, Madelyn, Lauren, Kaitlyn; Christian, and Corey and three great grandchildren, Evie, Emily and Beau. Two Stepdaughters Darcey Rusian (Tony) and Tracy Tsang and four step-grandchildren, Rachel, Ryan, Rebecca and Emily. He is preceded in death by his son Kevin Robert. Bob will be remembered for his love for family, music, movies, photography, travel, animals, and the Dolphins. As a kid at heart he had a late passion for pickle ball which he shared with this children. A Mass will be held at Saint Gabriel Catholic Church, Pompano Beach on August 27, 2022 at 11 am. In Lieu of Flowers,Donations would be appreciated to Southeast Florida Honor Flight, for Veterans. The Family will have a private Funeral Service , due to concerns over Covid.
See more See Less