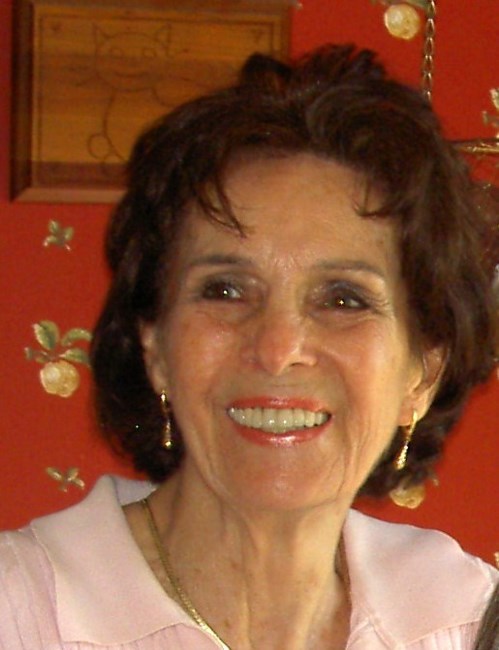 Norma LORETTA Wright Gerbig Howard was born January 10, 1936, in Hawkins County Tennessee. Miles away from a hospital, she was dipped in the snow to force her first breath. “Hated the cold” she said, “ever since!” The family moved to Dayton, Ohio where three brothers were born. Loretta, movie star gorgeous, a smile big and beautiful never met a stranger. In 1955 she married; in 1956 she became an Air-Force Wife and dutifully assumed all that entailed. Ohio, New York, California, Australia, New Jersey, Guam, Mississippi, Arkansas: packing, unpacking households; starting, stopping, re-establishing schools; creating social circles, sustaining old ones; scheduling new and different events and hobbies for growing children; getting kids and self on-time and intact traversing planes, trains, and automobiles as they travelled to join her air-force husband. Military wife - truly a hero. In younger life, Loretta taught dance and from then on cut-a-rug every chance she got! She wrote poetry, collected poems, spent hours on the floor with her kids drawing or leafing through encyclopedia volumes exploring writers, poets, insects, animals, and other people and cultures in this world. As military wife, she worked part-time when circumstances permitted to earn extra money for special Christmas and Birthday requests. Finally settling in Sherwood Arkansas, Loretta worked full-time as a bank teller – years at First Jacksonville then National Bank of Arkansas. In between teller life, worked for the State of Arkansas, Pulaski County Sheriff’s department and as a real estate agent. Loretta taught her three children the true meaning of love. She “hung-out” with them, sang the latest hits on radio with them, smiled and laughed with them and their friends. Loretta did whatever it took to keep herself healthy and youthful. She set herself up for a long life; Alzheimer’s seized ultimate control. After a long, tough fight, she passed in the early afternoon of January 18, 2023. “Miss Loretta" is preceded in death by her husband Richard Charles “Chuck” Howard; Bodo Gerbig Sr, father of her three children; parents Frances Kate Taylor Wright and Tillman Addison Wright. She is survived by children Sarita Gerbig [Carolyn], Bodo Gerbig Jr [Gayla], Tosca Gerbig-Lee; grandchildren Dustin Gerbig, Angela Gerbig, Han Jin Gerbig-Lee, and Kaila Gerbig-Lee; seven great grandchildren and brothers Robert Wright, Howard Eugene Wright, and Lloyd Wright. Griffin Leggett Rest Hills Funeral Home at 7724 Landers Road in NLR will be providing burial services. Brief visitation (closed casket) to begin January 28 at 2pm followed by a graveside service at 3pm. In lieu of flowers, the family would be appreciative of a donation made to Alzheimer’s Arkansas, 201 Markham Center Drive, Little Rock, AR 72205 or (https://www.alzark.org/) in her honor. “We send a full-on heart-felt thank you to Countryside Assisted Living in Huntsville, Arkansas where Mom was loved as family for the past six years. To every individual who took part in her care, know that what you do day-in and day-out is worthy and priceless and is remembered in the hearts of people you will never meet again.”
See more See Less