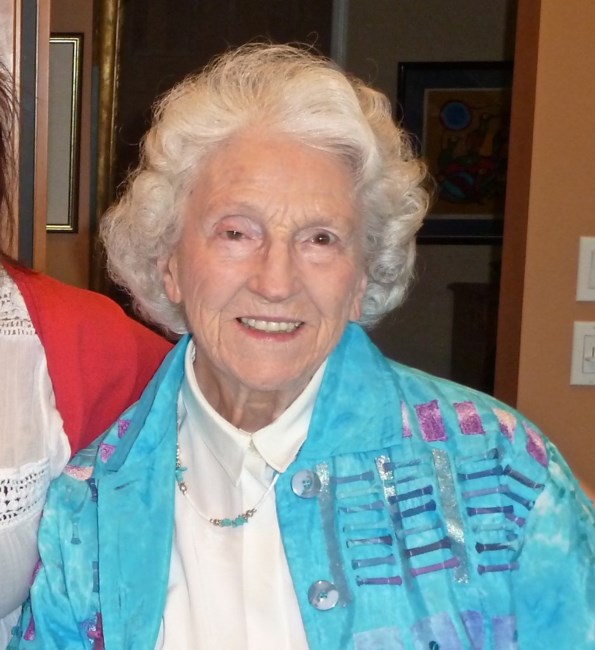 Mary Patricia "Trish" (Bell-Irving) Wilson Trish, 95 years young, was the daughter of Air Commodore Allan Duncan Bell-Irving (1894-1965) and Mary Elizabeth (Pye) Keith Falconer Pybus (1894-1979). Trish was predeceased by her siblings Gordon (1991), and Elizabeth O’Kiely (1999), her husband of 65 years Charles William Wilson (2015), son David (2014), and grandsons Carl T’llgidgaaya Hart (2015) and David Haliburton Wilson Jr. (2019). She is survived by her daughters Annette Wilson Blair and Rosemary "Posy" (Jim) Hart, 11 grandchildren and 10 great grandchildren. Trish was second generation Vancouver born, living also in Saskatoon and Trenton Air Force Base during WWII. She attended Prince of Wales Elementary, Crofton House, and Branksome Hall in Toronto. She trained as an RN at Royal Jubilee Hospital in Victoria, worked at Shaughnessy Military Hospital, Vancouver, and Prince Rupert General until giving birth to her first child, David. Except during the war Trish spent every year of her life summering at Pasley. She always said she ‘existed’ in the city, and ‘lived’ at Pasley. Trish was the solid home foundation for her family. As Charlie developed his flying career, they lived in Nelson, Prince Rupert, Richmond and Jericho. In 1953 they cleared their lot on the North Shore and built their modest family home where Trish lived until her death. She was a terrific partner and perfect ‘old school’ wife, putting her husband and children’s needs before her own. She was totally undemanding, never complained, and was a ‘second hand store queen’ before it became trendy. She was game for anything, including numerous trail rides in the Rockies, canoeing the Bowron Lakes, as well as family sailing and skiing trips. She single-handedly took her three kids to the South Pacific and Australia in ‘63 and across Canada by train to Montreal’s Expo 67. She and Charlie sparked a spirit of adventure in their children. When the kids were grown, she was Charlie’s faithful ground crew at the Hope Gliding Club and through S.E. BC, retrieving Charlie and his glider when he flew cross-country. When not at Pasley they put on many miles together, especially in retirement, sailing, travelling, and RVing. At home or Pasley, Trish was always prepared with all manner of baby equipment, books, toys, outdated meds and ‘turn of the century’ cures and tinctures. She welcomed everyone, young and old, whether for tea and a visit, or medical assistance. Her door was always open. Trish delighted in her grandchildren and great grandchildren. She was the go-to resource for family and Pasley history, and it was hard to stop her (or follow her) as she unleashed her story telling genes. Memories from Peter next door in Palm Springs: She could fit more words on a postcard than any human being. Her choice words would go all around the sides of the card up and down. She was a unique soul. I wonder if they have a post office and library in Heaven? She resembled a modern-day, more attractive Miss Marple as portrayed by Margaret Rutherford. She was classy, intelligent, fascinating and charismatic, humorous and a great chef. I fell for her instantly. She talked a mile a minute and seemed to thrive on historical backgrounds. She was always notorious for being late. It never phased Trish. Charlie would hold his breath when Trish would take the car out. It was like Ms. Magoo behind the wheel. Trish loved Canada, reading history, and supported the Royal Canadian Air Cadet movement, in particular her son’s West Van Squadron #525 and Bell-Irving Squadron # 135, Vancouver, recently renamed in honour of her father. Trish was a docent for over ten years at the Vancouver Museum and was also involved for many years in the early days of the North Vancouver Community Arts Council. As a child of the Depression, her life included endlessly mended flannel plaid shirts, denim overalls, and just ‘making do.’ She loved sewing, gardening, baking and decorating cakes, painting, and learning the ukulele in her 90s. Trish was gentle, unassuming, unpretentious, and accepting. She was known for her love of turquoise blue and beautiful little posies of garden flowers. Trish left this world a better place, living the virtues of courtesy, honour, and service, being kind, gracious and compassionate to all who knew her. Some years ago Trish found the following prayer in her grandfather Henry Ogle Bell-Irving's journal. Trish copied it and added: N.B.* Extremely Important to hand down to the more recent generations. M.P.W. A PRAYER FOR DIFFICULT DAYS Give Unto Us O Lord, the spirit of brightness and of courage. Help us to play the man, and so to help others to face courageously whatsoever tomorrow may bring to meet them. Let not these shadows oppress our spirits, lest our gloom should darken the light by which others have to live. AMEN.
See more See Less