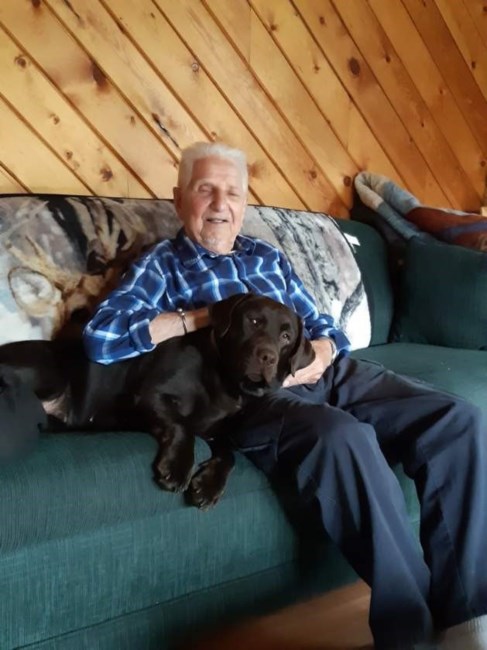 Peter Danyliuk Oct.10 1932 to Jan.15 2023 Peter Danyliuk passed away unexpectedly on January 15,2023 while recovering from hip surgery at Ridge Meadows Hospital in Maple Ridge , British Columbia. He was born in October 10th,1932 in Mossey River, Manitoba and had four older brothers and one sister by his father John Danyliuk and mother Annie Zazulak. Peter left school to join the Air Force branch of the Canadian Armed Forces in 1952 while living in New Westminster where he met his wife, Valeda Sarnoski and were also married in New Westminster in 1955. Peter’s first child was daughter Susanna and was born in New Westminster just prior to being stationed overseas to Baden Solingen, Germany in 4 Wing Fighter Squadron, where Peter served as an Instrument Electrician as rank of Corporal. It was in Germany ,Steven, first of two sons, was born. Peter was transferer back to Canada in the east coast and then Winnipeg ,Manitoba were his second son Sheldon was born. Peter’s last posting was to Sydney ,Vancouver Island to VU-33 Squadron where he retired and settled back on the mainland in Maple Ridge. Peter was married 22 years to Valeda where they were divorced in 1982. Peter is predeceased by his sister Maryann Danyliuk In addition to his daughter Susanna and sons Steve and Sheldon And Sheldon’s wife Brenda, along with grandsons Tyler and John and their wife’s and children. Peter will be missed also by his recent comrades at his residence from Maple Ridge Legion Branch 88 , the former Earl Haig Society residence. Peter was best known for his passion for hunting, fishing and camping in the great outdoors. And spent his remaining years sharing such adventures with family. A celebration of life will be take place at a later date before Peter will be joined with his elder brother Mike Danyliuk at a disclosed location in the great northern outdoors at a location in his favorite hunting grounds. May the Good Lord watch over you Peter and bring you many adventures in the outdoors.
See more See Less

In Memory Of Peter Danyliuk