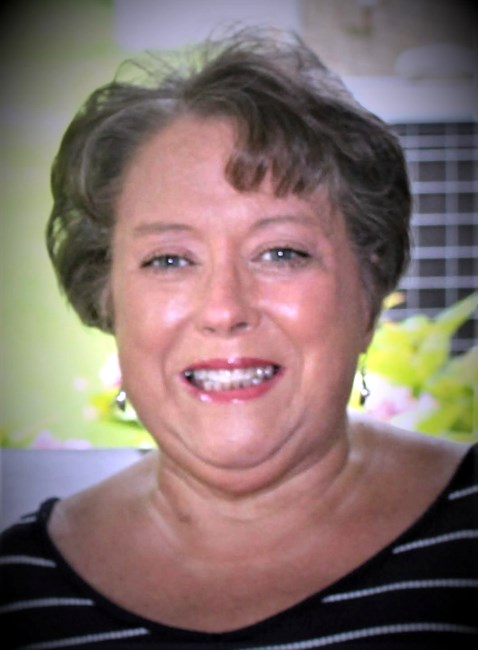 Marcia Cockrell McIntosh, age 61 passed away on Sunday, July 31, 2022. Marcia was born July 15, 1961. Fond memories and expressions of sympathy may be shared at www.SunsetBrown-Funeral.com for the McIntosh family. On Sunday, July 31, 2022, Marcia Cockrell McIntosh, loving wife, mother, and grandmother was called home to heaven at the age of 61. Visitation will be held at Northport Baptist Church on Thursday, August 4, 2022 from 4:00 to 6:00 pm with a service to begin at 6:00. Marcia was born on July 15, 1961 in Tuscaloosa, AL to Bobby and Marcille Cockrell. She is survived by her spouse, Dwayne McIntosh of Northport, AL; son, Tosh McIntosh (Andrea McIntosh) of Northport, AL; son, Dusty McIntosh (Jessica McIntosh) of Texarkana, TX; parents, Bobby and Marcille Cockrell of Northport, AL; brother, Bobby Cockrell Jr. (Ginger Cockrell) of Tuscaloosa, AL; grandchildren, Lilli Claire McIntosh, Jud McIntosh and Diesel McIntosh; honorary son from GCO, Pasha Polianin of Belarus; nieces and nephews. On November 30, 1979 Marcia married Dwayne McIntosh. Together they raised two sons, Tosh and Dusty. Marcia was a dedicated member of Northport Baptist Church in Northport, AL. She dedicated her life to serving others through many organizations throughout her lifetime. Marcia loved every single person she met through her many years of volunteering and while serving as interim Youth Minister for 18 months at Northport Baptist Church. She enjoyed serving others by cooking meals, EMA work, volunteering and being employed by the American Red Cross, and working with Compassion Coalition. She lived her life solely to serve others. Marcia loved spending time with her family and friends. She also loved to travel and was able to travel the world during her lifetime, however, her favorite place on earth was her beach house in Panama City Beach, which she considered her own little slice of Heaven. The only thing she loved more than the beach was her grandchildren. Marcia was a wonderful Gigi and would have done anything or gone anywhere for them. They were her greatest blessings on Earth. Marcia’s love and devotion to her family and friends were only surpassed by her love and devotion to God. She was an example of a Godly woman to all who knew her. Even in these last weeks, while her world changed so drastically, she had a smile on her face that came from a peace deep within. She was at peace with God and was prepared for the journey ahead. Pallbearers will be Jon Townsend, Kyle Vanderford, Ryan Alexander, Terry Brown, Bo Cockrell, Scotch Ritchie, Ronnie McIntosh, and Randy McIntosh. Honorary Pallbearers will be Tuscaloosa County EMA, FEMA staff that worked closely with Marcia, the American Red Cross, Ham Radio Club, Compassion Coalition, the doctors and nurses of Hospice of West Alabama, the doctors and staff of Cardiology Consultants, the doctors and staff of The Manderson Cancer Center, Neighbors of Leland Drive, and TCHS Class of ‘79. In lieu of flowers the family suggest donations be made to Hospice of West Alabama. Sunset Brown-Service Funeral Home, a Dignity Memorial Provider, is honored to serve the McIntosh family during their time of bereavement. Fond memories and expressions of sympathy may be shared at www.SunsetBrown-Funeral.com
See more See Less

In Memory Of Marcia Cockrell McIntosh