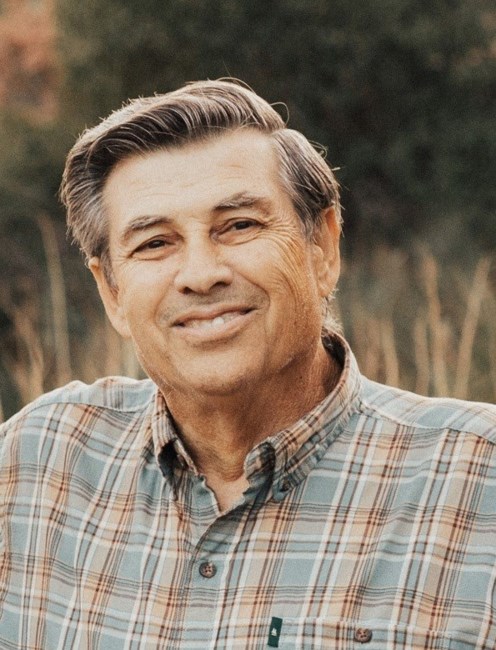 Athens (Athanasios Andreas) Bordokas On the 5th of September of 2022, surrounded by his family, Athens fell asleep in the Lord... We have lost a great man... Born in the small village of Amaliada, Greece, on March 26, 1954, he was the first born son of Dionisia and Andreas. He was followed by sister Constantina and brother George. At the age of 5, the family emigrated to Brazil, where they settled until 1966, when they then came to the United States. In 1973, he met Ileana, and on September 8th of 1974, Athens and Ileana were married. A family soon followed, starting with Andy in 1975, Nicholas in 1979, and Melissa in1983. In 1983 he started his own marble company, Renaissance Marble, which he ran until the time of his passing... A hard working man, he toiled night and day to provide for his family. A member of the Saint Nicholas Greek Orthodox Church in Northridge, California, he volunteered every chance he got, then came his dream job...the Greek Festival BBQ, where he rose to the rank of BBQ Captain! He loved the work, the kids that worked alongside him, and the satisfaction that came with helping the Church...and he loved the title that his wife gave him, Mr. Head Chicken Flipper... He not only helped the church, but Saint Nicholas School, and anyone who needed a hand knew they could count on him... Athens is survived by his wife of 48 years, Ileana Bordokas, sons Andy and Nicholas, daughter Melissa, daughters in law Elee and Mary, son in law Steven Baird, and the lights of his life, grandchildren Samantha, Alexandra, Sophia and Jackson... May God grant him the rest he earned. May his memory be eternal... ...we only part to meet again... A viewing will begin at 6:00pm on Tuesday, September 20, 2022 and the Trisagion will be held at 7:00pm at Bastian & Perrott, Oswald Mortuary 18728 Parthenia St, Northridge, CA 91324. The Funeral Service will be held Wednesday, September 21, 2022 10:00am at St Nicholas Greek Orthodox Church, 9501 Balboa Blvd, Northridge, CA 91325 followed by the burial at Oakwood Memorial Park, 22601 Lassen St, Chatsworth, CA 91311. A luncheon at St Nicholas Church Ballroom will be held directly after the burial Fond memories and expressions of sympathy may be shared at www.BastianandPerrott-OswaldMortuary.com for the Bordokas family.
See more See Less

In Memory Of Athens Andreas Bordokas