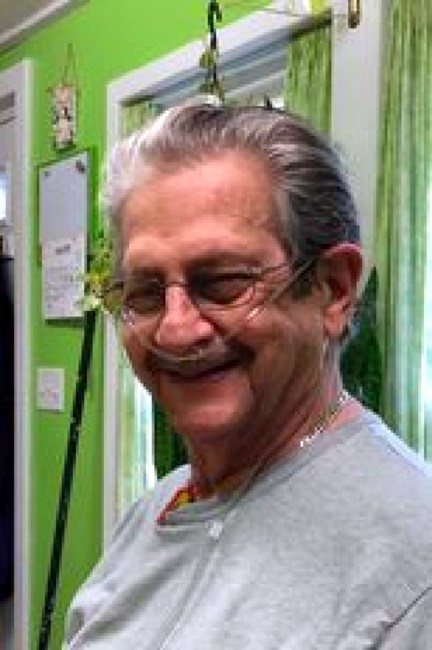 Jay W. Blazin age 78, passed away on January 20, 2022 in Norwich CT. Jay was born in Des Ark Arkansas on the 26th day of August, 1943 to Carl J. Blazin and Betty Nelson Blazin. Jay grew up in Arkansas. He attended High school at Byrd High School in Shreveport, LA and continued his schooling by attending College at Ouachita Baptist College (which in now a university). He attended 3 years of undergraduate classes and thinking of the inevitable of being drafted, Jay joined the Army so the he would be able to select the jobs of his choosing. Jay dedicated his life to the Army from 1963-1976. Jay’s profession were Cartographic Draftsman, Draftsman Map, Construction Foreman and Superintendent of Construction. In Jay's tenure with the Army Jay earned the National Defense Service Medal, Army Commendation Medal w/Oak Leaf Cluster and Good Conduct Medal (4th award). In the middle of Jay serving our Nation, Jay was stationed at Valley Forge Army Hospital where Jay fell in love with the love of his life, Elizabeth B. Fuller of Pennsylvania. 3 months later they were married. Jay retired from Electric Boat at the age of 72. Jay is survived by his his loving wife of 56 years, 2 daughters, Sandy L. Blazin predeceased Annette Blazin-Beavin (Mitch Beavin) 5 grandchildren, George F. Bassett IV (Heather), James C. Beavin (Kaitlin), Tiffany E. Bassett, Eric M. Beavin and William J Beavin and 7 great grandchildren Brayden, Leiyah, Cianna, Colby, Olivia and Cooper and a younger sister Blazin of San Francisco. Jay dedicated his life to his family, home life and work. Jays passion was for cars, painting and fixed just about everything. Jay was a great Artist. Jay painted and drew many things from motorcycle helmets, racing cars to pictures and designs for buildings. Jay was a great teacher. Jay loved his girls dearly and taught them just about everything he did so that we could do it ourselves. Jay continued that same teaching with his great granddaughter. Jay was a jokester and loved to tease. Jay had a kind heart and not a mean bone in his body. He would help all of us when in need. Husband and father like Jay is truly rare, one that was generous smart and kind. Memorial visitation will be held Saturday Feb. 5, 2022 from 11:00- 12:00 pm at the Montville Funeral Home 53 Norwich New London Tpke. Uncasville. A Funeral Service will be held at the funeral home at 12 noon, Feb. 5, 2022. Please visit www.montvillefuneralhome.com to leave an online tribute or condolence.
See more See Less

In Memory Of Jay Wade Blazin